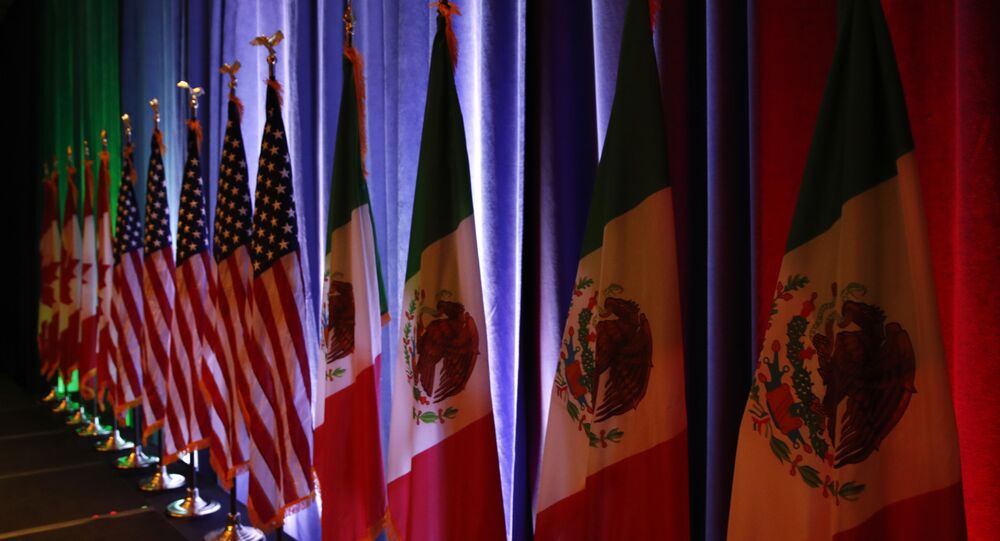 WASHINGTON (Sputnik) - As the historic trilateral trade pact between the three nations approaches its first anniversary, US Trade Representative Katherine Tai on Wednesday called for greater cooperation from Mexico and Canada in ending the practice of forced labor.

"A good next step in this increased cooperation can be on the issue of forced labor," the US trade chief said on the eve of commemorating the pact’s first year. "The USMCA includes a strong obligation to prohibit the importation of goods produced with forced labor. Working together to address this critical economic and moral issue would send a powerful message to the world."

Hailing the USMA for setting the "strongest labor and environmental standards in any agreement ever," Tai noted, however, that there was more for the pact to achieve.

Tai noted that the USMCA had a new labor-specific enforcement mechanism to enable greater protection of worker rights in the region.

The agreement, enacted in the US Congress with bilateral support from Republicans led by the former US president, Donald Trump, and Democrats aligned with the current Biden administration, also contains intellectual property provisions meant to make things like medicine more affordable.