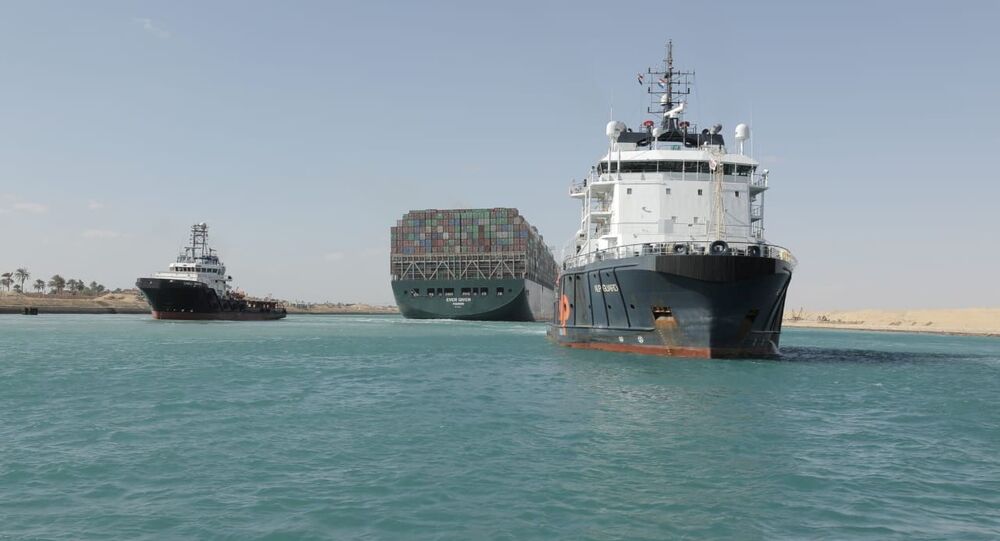 CAIRO (Sputnik) - The owners of the Ever Given cargo ship, which ran aground in the Suez Canal, have reached an agreement in principle with the Suez Canal Authority (SCA) over compensation for the waterway's blockage in March, the ship's insurer UK Club announced on Wednesday.

In April, an Egyptian court ruled to seize the cargo ship until the owner paid around $900 million in compensation to the SCA for salvage and maintenance expenses, as well as lost traffic fees for the six-day blockage. The vessel's owners appealed the arrest of the ship and its cargo but lost the case. Last month, the court postponed the ruling on the Suez Canal lawsuit against the owners to give the parties a chance to negotiate in the pre-trial hearing.

"The UK Club is pleased to announce that, following extensive discussions with the Suez Canal Authority’s negotiating committee over the past few weeks, an agreement in principle between the parties has been reached. Together with the owner and the ship’s other insurers we are now working with the SCA to finalise a signed settlement agreement as soon as possible," the company said in a statement.

Ever Given currently remains anchored in the Great Bitter Lake area, which is the widest section of the canal, with its 23-strong crew aboard.

"Once the formalities have been dealt with, arrangements for the release of the vessel will be made," the insurer added.

The 1,300-feet container ship Ever Given made headlines in March when it ran aground in the Suez Canal, completely blocking one of the world's busiest shipping lanes for almost a week. It was not until 29 March that Ever Given was dislodged, thanks to unceasing excavation and towing efforts.