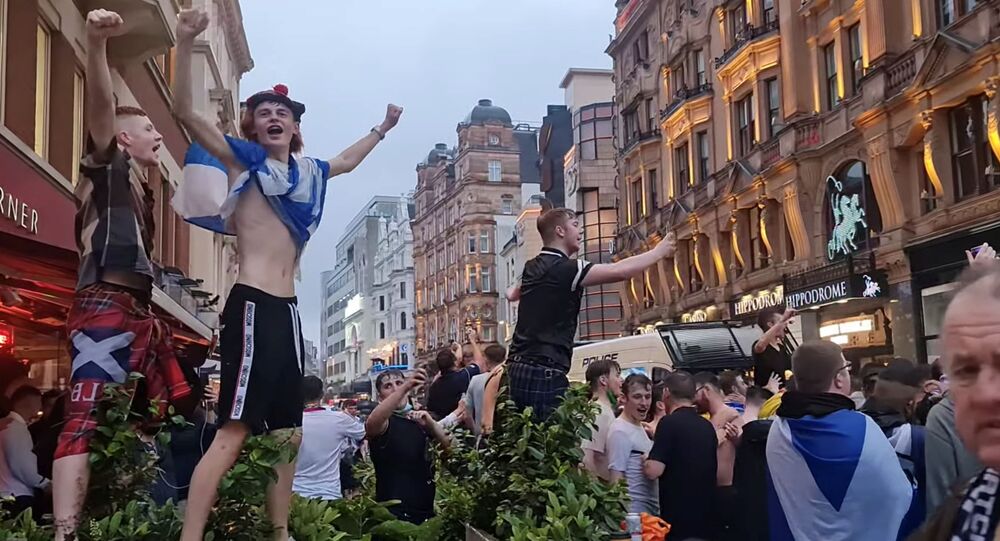 Earlier in the day, German Chancellor Angela Merkel called on UEFA to act responsibly with regard to the final game of the Euro 2020 tournament in London because of safety concerns over the spread of the coronavirus in the UK.

The World Health Organization (WHO) has expressed concerns about eased coronavirus restrictions, which are occurring during the EURO 2020 football tournament.

"The WHO is concerned about the easing of restrictions in some of the host countries... A few of the stadiums hosting the tournament are now increasing the number of spectators allowed in to watch a game," AFP cited Robb Butler, an executive director at WHO's Regional Office for Europe, as saying.

The WHO’s remarks come after new COVID-19 restrictions were imposed in Russia’s Saint Petersburg - one of the host cities - amid a surge in new cases. Furthermore, Scottish midfielder Billy Gilmour recently tested positive for the coronavirus and will miss his team's final group match.

Since the beginning of the tournament, UEFA set different capacity levels for stadiums depending on the local regulations. Saint Petersburg and Baku were allowed 50 percent capacity and Copenhagen 73.5 percent whereas Budapest is allowed 100 percent.

Amsterdam, Bucharest, Glasgow, Rome and Seville, for their part, are only allowed between 25 percent and 45 percent stadium capacity and London’s Wembley Stadium is permitted half of its 80,000 seats to be filled for the round of 16 matches, and three-quarters for the semi-finals and final. Munich can take 14,500 spectators which is equivalent to approximately 22 percent of the stadium's capacity.