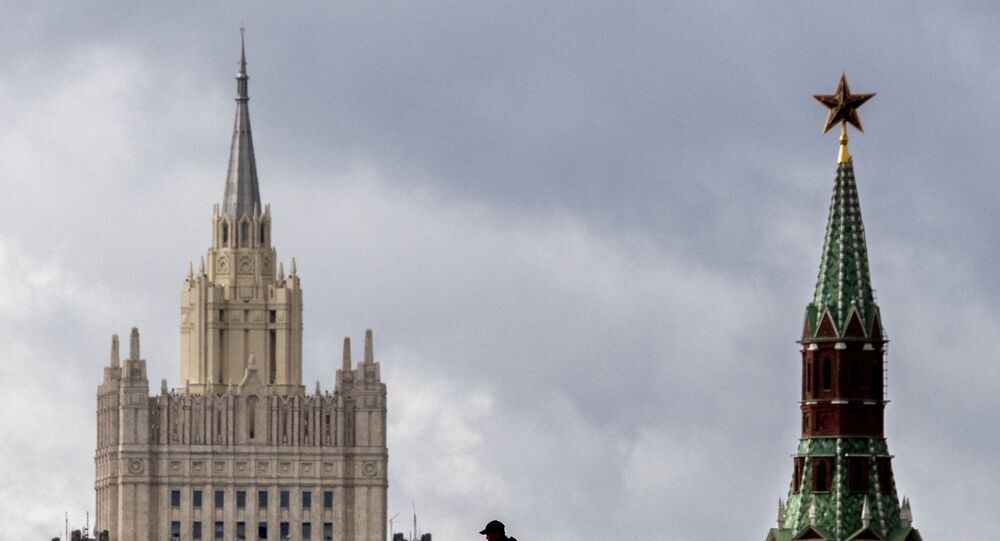 MOSCOW (Sputnik) - The Kremlin is aware of possible new US sanctions on Russia and is currently considering various options, Kremlin spokesman Dmitry Peskov said on Monday, also noting that the introduction of restrictions does not depend on the will of US President Joe Biden.

The Kremlin has also heard claims made after the top-level summit that the US will stick to its policy against the Nord Stream 2 project for carrying Russian gas to Europe, the spokesman went on to say.

"We expect that we will be able to continue our dialogue with the Americans, and we will also certainly continue to work with our European partners for finalising the project and launching it as soon as possible", Peskov added.

Moscow's remarks about the constructive approach at the recent summit between Presidents Vladimir Putin and Joe Biden does not mean abandoning a sober assessment of the bilateral relations, as pragmatism remains a priority, Peskov added.

"[Russian] President [Putin]'s words about a constructive attitude at the [Geneva] summit do not indicate that we have abandoned a sober assessment of our relations with the United States, in which pragmatism and 'sobriety' are our priorities. The constructive and positive results of the summit absolutely do not indicate that the United States will abandon the essence of its policy of containing Russia. We are aware that this will continue", Peskov told reporters.

Kremlin on US Sanctions Policy: We Want Stable Relations

Washington's policy of sanctions can be characterised as persistent yet unpredictable, while Russia wants stability, Kremlin spokesman Dmitry Peskov said on Monday, commenting on US plans to impose new sanctions over the situation with Russia's jailed opposition figure Alexei Navalny, and also to keep introducing restrictions on companies engaged in the construction of the Nord Stream 2 pipeline.

"As for Washington's sanctions aspirations and sanctions dependence, it in fact shows continuity and at the same time unpredictability. We see a big share of unpredictability at this stage. Only the codified sanctions are predictable", Peskov told reporters, emphasising that both Moscow and Washington have repeatedly pointed to their desire to have stable and predictable relations.

"We do need predictability", Peskov added.

Under ex-President Donald Trump, the United States imposed several rounds of sanctions on Nord Stream 2 AG, the Swiss-based operator of the project, and a number of companies working on the pipeline's construction.

The US subsequently backtracked from the threats of sanctions against companies working on the pipeline's construction under the Biden administration, which admitted that it was too late to try to stop a nearly complete project. Yet Washington still advised its European allies to turn away from Russian gas. US sanctions failed to stop Nord Stream 2 for long and construction resumed in 2020. In June 2021, the first line of Nord Stream 2 was completed and the second is due to be finished in a couple of months, according to current estimates.