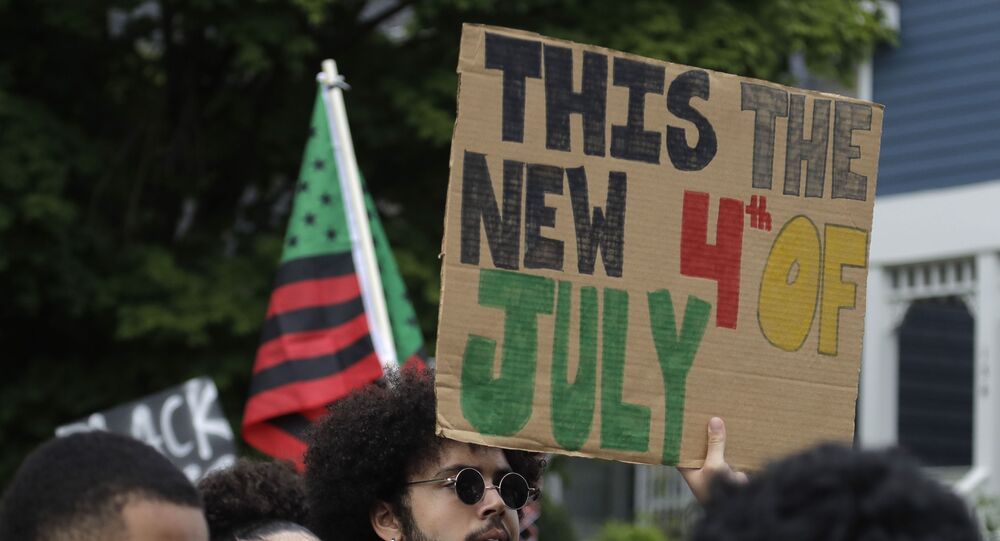 Also known as Freedom Day, Liberation Day, and Emancipation Day, the holiday commemorates the day when Union Army Gen. Gordon Granger rode into the Texan city of Galveston and announced that the Civil War was over, freeing the last African American slaves.

On Wednesday the US House of Representatives voted 415-14 in favour of a new bill to establish Juneteenth as a national holiday, making it the 12th federal holiday. The bill is now on its way to US President Joe Biden, who is expected to sign it later today.

It's the first federal holiday approved since Martin Luther King Jr. Day in 1983.

Congresswoman Sheila Jackson Lee, who presided over the vote, said the federal government is now joining 47 states in recognising what she called “the day that has been celebrated by African Americans for 156 years and has been called rightly as ‘America’s second Independence Day."

Juneteenth commemorates the end of slavery in the United States on 19 June 1865. On that date, Union Army Maj. Gen. Gordon Granger told a group of black slaves in Galveston, Texas, that the 1861-65 Civil War had ended and that they were free in accordance with President Abraham Lincoln's Emancipation Proclamation of 1863.