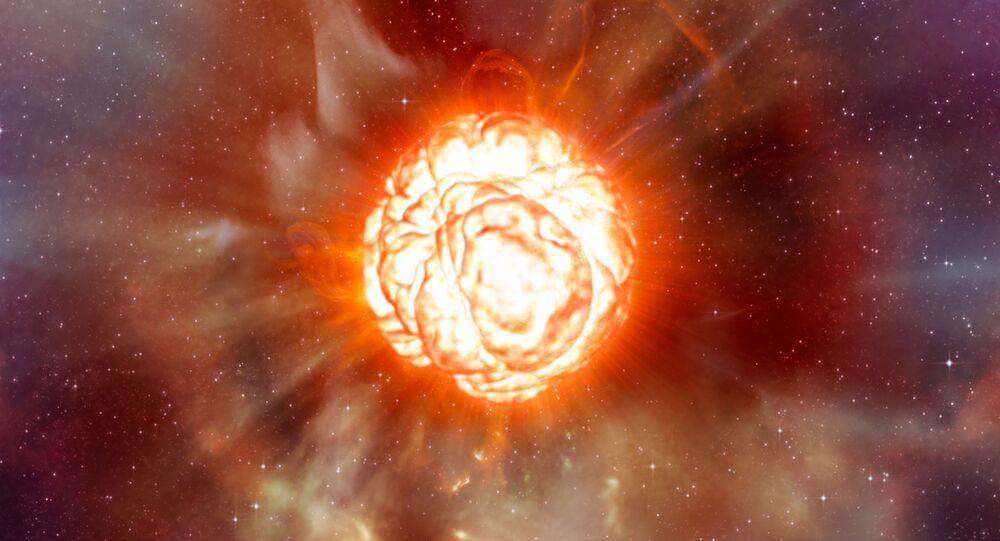 Scientists Reveal Cause of 'Great Dimming' of Betelgeuse, One of the Brightest Stars in the Sky

Betelgeuse, one of the brightest stars in the sky, suddenly started growing dark in 2019. Scientists and astronomers started speculating that Betelgeuse was about to explode in a brilliant supernova that would even outshine the full moon; however, that didn't happen. Now, a series of photos of the star has revealed the reason.

Pictures of Betelgeuse, one of the brightest stars in the sky, captured by the SPHERE instrument on the European Southern Observatory’s Very Large Telescope in Chile have revealed the reason for the star's 'great dimming'. According to the newly-released images taken before and during the 'Great Dimming', the star’s surface cooled and triggered a cloud of dust that temporarily blocked its light.

Great thread by @Astro_MiguelM on the reason behind #Betelgeuse's "Great Dimming". Remember that we'll host a Q&A with him here on Twitter tomorrow Thursday at 16:30 CEST. Use #askESO to send us your questions! https://t.co/1hxecnnp6E

Late in 2019, astronomers around the world were startled when Betelgeuse grew dark for several months. Meanwhile, some experts had claimed that the star was about to turn into supernova, which it wasn't.

© CC BY 2.0 / andy
36 Dwarf Galaxies Far From Each Other Had Simultaneous 'Baby Boom' of New Stars, Study Claims

The team of scientists used the SPHERE instrument on ESO's telescope to take snapshots of Betelgeuse for more than a year. The team had also captured an image of the star in January 2019, months before the dimming began, and it helped them to compare that image with others taken in December 2019 and January and March 2020.

“This is the best interpretation we can get with the data that we have … without flying our spaceship to Betelgeuse and seeing what’s going on there,” astrophysicist Emily Cannon of KU Leuven in Belgium told the media.

According to the team's study published on Wednesday, the dimming wasn’t spread uniformly across the star’s surface and a dark splotch was concentrated over the star’s southern hemisphere. Moreover, the researchers then ran computer simulations of the star, which included incorporating how dynamic gas bubbles constantly churn beneath its surface, to figure out the most possible explanation for why the dimming happened.

I strongly advise anyone interested in this event to take a look at @ESO's press release with really great content revealing what we saw.

However, one group stressed that a cloud of dust had blocked Betelgeuse’s light while another thought that there wasn’t enough evidence of dust, and the dimming was due to the temporary cooling of Betelgeuse’s surface.

The team also emphasised that these observations may help astronomers recognisze similar dimming events in other stars. Betelgeuse is Earth’s closest red supergiant star. This is a late phase of the stellar life cycle that comes before a supernova explosion. According to experts, while dust does not predict an explosion, it can be part of how these stars lose mass before they die.