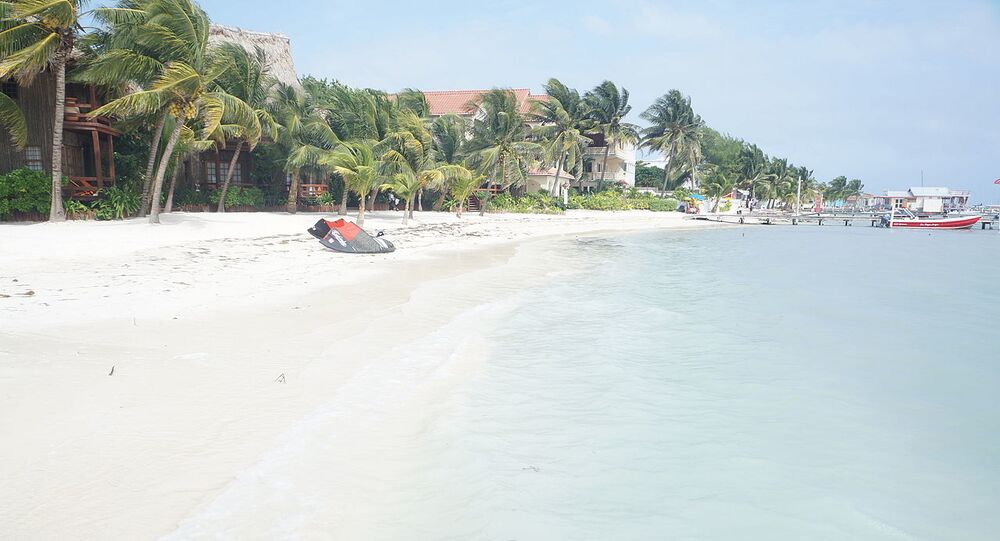 The wife of Lord Ashcroft’s son Andrew, socialite Jasmine Hartin, reportedly arrived at Belize’s San Pedro resort last week to get away from some personal troubles and relax.

Jasmine Hartin, daughter-in-law of Lord Michael Ashcroft, a former British Conservative Party deputy chairman, was charged with “manslaughter by negligence” after she was discovered next to a dead body of Belizean superintendent Henry Jemmott last week, her lawyer Godfrey Smith told reporters on Monday.

According to Smith, his client had been denied bail and will be remanded to prison in Belize City on Tuesday. The legal team is now planning to make an appeal to the Supreme Court “as is normal”, the family’s long-time lawyer Smith said.

For four days, the woman had been kept in San Pedro jail, characterised by locals as “hell on earth.”

Who Is Jasmine Hartin?

Hartin, 32, describes herself as a “wife” of Andrew Ashcroft, Lord Ashcroft's son, although it’s not clear whether the two are married officially.

They have two children together and own the elite Alaia hotel in Belize, in addition to numerous other luxury businesses the philanthropist family holds in the Central American country.

Lord Aschcrfot, who served as Belize's ambassador to the UN between 1998 and 2000, has been praised by many locals for investing millions in the country and creating thousands of jobs.

What Happened on the Day of the Cop’s Death?

Hartin, who spends most of her time in Belize, is said to have arrived at San Pedro resort last week after taking leave from work to deal with “personal matters”.

The socialite stayed in a downtown hotel with a friend, as they were enjoying a fishing trip and boozy night out.

On early Friday, a “hysterical” Hartin was found on a dock next to the dead body of Henry Jemmott, 42, as police arrived at the scene after reports of a single gunshot.

Jemmott, a father of five, was found fatally shot just behind the ear. The shot was fired from his own revolver, according to Police Commissioner Chester C Williams.

According to the woman’s statement to the police, cited by the Daily Mail, Hartin invited her pal Jemmott to her apartment somewhere between Thursday night and Friday morning to discuss her personal security.

#BELIZE: Canadian socialite Jasmine Hartin has been pictured in jail after she was charged with manslaughter by negligence in the shooting death of a prominent police officer. pic.twitter.com/0lTFtm0Mod

​The two then walked to the wooden pier next to the Mata Rocks hotel in breach of a 10 pm to 5 am COVID curfew. Andrew Ashcroft’s wife said she had offered the cop a massage to calm down his shoulder pain. The veteran officer then placed his service weapon on the dock. As she passed the loaded gun back to Jemmott, it fired “accidently”, the woman told the police.

"From what we know is that they are friends. From what we have been made to understand they were drinking. From investigation, they were alone on the pier and yes they were both fully clothed,” Police Commissioner Williams told the media.

Hartin allegedly was “in an emotional state walking herself on the pier” when discovered by police, but calmed down and demanded a lawyer when taken into custody on Friday.

Some reports previously suggested that Jemmott could have killed himself, but his family denied these speculations.

“He had a gunshot behind his ear like an assassination. He is so skilful after 24 years [as an officer], he would never have left his guard down. He was a top cop. I don't know how he let down his guard to be shot with his own gun,” the officer’s sister Cherry Jemmott, an Assistant Superintendent, told Daily Mail.

Police Commissioner Williams described the incident as “personal” rather than an attack.

On Monday, photos of Hartin behind bars in San Pedro's tiny cell were spread by local media. According to Belizean law, the punishment for manslaughter can be up to 25 years, but sources tell the Daily Mail that the socialite is facing a maximum of up to five years. She could also apparently escape the charge by paying a fine of $20,000 Belizean dollars, about 10,000 USD.