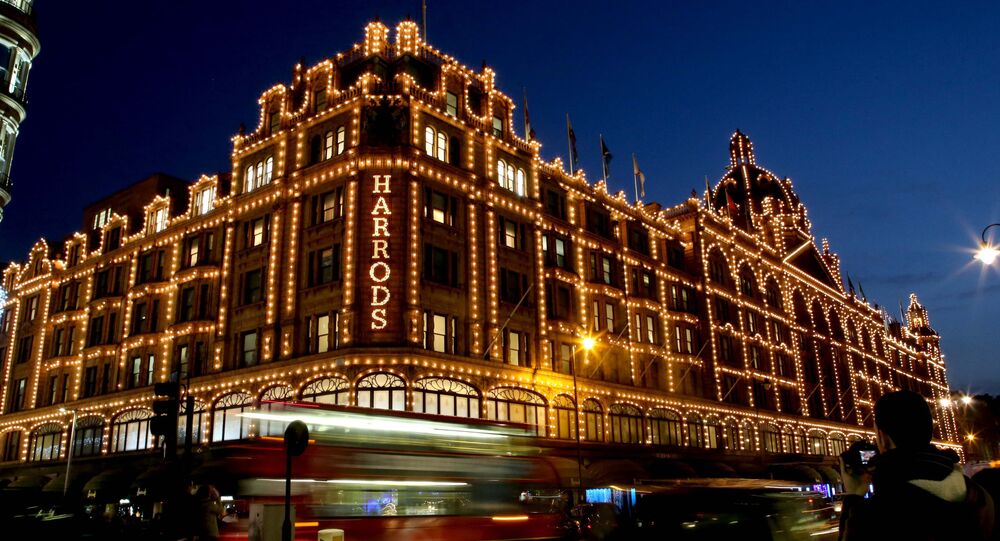 The Coronavirus Job Retention Scheme (CJRS) was conceived in the UK to prop up businesses that are unable to maintain their workforce due to COVID-19 blowback, allowing employees to be furloughed, with grants covering some of their wages. The government first published information pertaining to claimants for the scheme in February.

Companies owned by some of the world’s wealthiest people and entities have been cashing in on the UK’s COVID-19 job protection furlough scheme, reported The Guardian.

As part of its response to the COVID-19 pandemic, the government introduced the Coronavirus Job Retention Scheme to allow UK employers with employees on a PAYE scheme (HM Revenue and Customs’ (HMRC) system to collect Income Tax and National Insurance from employment) to designate some or all employees as ‘furloughed workers’.

Employers can, accordingly, receive government support to continue paying part of these furloughed employees’ salaries and, potentially, protect the employees from redundancy.

However, millions of pounds in taxpayer-funded furlough money have been claimed by recipients ranging from billionaire tax exiles and the British National party, to Saudi royals and oil-rich Gulf states, reported the outlet.

The revelations come after the outlet cross-referenced government information published about claimants last month, when it released data on the 750,000 businesses using the scheme in December 2020, with Companies House filings.

While many of the beneficiaries have up until now remained hidden under the radar due to multifaceted company ownership structures, the recent analysis showed just who owns a controlling stake in UK businesses.

Accordingly, firms owned by some of the world’s wealthiest people are reported to have cashed in extensively, according to the outlet.

The data is believed to pertain to just one month of filings made, with some companies potentially having received more grants since the furlough scheme set up to allow the government to cover 80 percent of employees' wages for the hours they cannot work in the pandemic was launched.

The scheme was recently extended to the end of September 2021 by Chancellor Rishi Sunak during his Budget announcement on 3 March, saying that the scheme would offer a lifeline to millions through "the challenging months ahead".

Close to £3 mln ($4,1 mln) had been claimed in December alone by Harrods department store in Knightsbridge, London, owned by Qatar’s sovereign wealth fund and the Ritz luxury hotel, owned by the ruler of Qatar’s brother-in-law, according to the analysis offered by The Guardian.

​The data reportedly also shows that four Saudi Arabian royals received up to £55,000 for four companies in their possession.

One of the latter manages the 2,000-acre Glympton Park estate in Oxfordshire, owned previously by Bandar bin Sultan, ex-Saudi ambassador to the US.

The government of Dubai, and its ruler Mohammed bin Rashid al-Maktoum, have also filed claims, including for a “six-star” 24-hour concierge service for VIPs in their possession.

UK-born billionaires, including tax exiles, also received the state subsidies, it is claimed.

Formerly Britain’s richest man, now Monaco-based Jim Ratcliffe is suggested as having drummed up around £175,000 for two hotel businesses and a fashion company, according to the revelations.

Britain's richest man - Brexiter Jim Ratcliffe - loves Britain so much that he's leaving it to live in Monte Carlo - ever get the feeling you've been had Britain? pic.twitter.com/BzWsfxFitt

​Multimillionaire Tory donor, and former chairman of the UK’s Conservative party Lord Ashcroft is claimed to have filed for a grant of £20,000 for two of his businesses.

Other wealthy claimants of state support reportedly include media tycoon Len Blavatnik, who on 25 July 2020 was listed by Forbes as the 45th wealthiest person in the world, with an estimated net worth of US$25.9 billion.

Up to £500,000 were claimed under the furlough scheme by a company that is a subsidiary of Arconic, the manufacturer of the controversial cladding used on Grenfell Tower.

The right-wing British National party, led by Adam Walker, reportedly claimed up to £10,000.

The reported findings have triggered dismay among MPs, with shadow chancellor, Anneliese Dodds, cited as saying:

“Labour called from the outset of this crisis for targeted wage support to protect jobs and businesses, but the chancellor refused to listen. Now it seems that overseas billionaires have also used the scheme without any such restrictions on its use. The mask is slipping with this chancellor. Instead of doing all he can to protect jobs and livelihoods, he’s wasting billions of pounds of public money, cutting pay for our NHS heroes and hitting families across the country with tax hikes and pay freezes.”

“The government are resisting giving free school meals to children and an appropriate pay rise for nurses. In that context, that seems obscene,” fumed Hodge.

“It’s pretty galling that tax exiles who have minimised their contributions in the good times are asking for a handout when things get tough.”

Meanwhile, a spokesperson for the UK Treasury was quoted as saying: “We’ve been clear the scheme should be used in the spirit in which it was intended.”