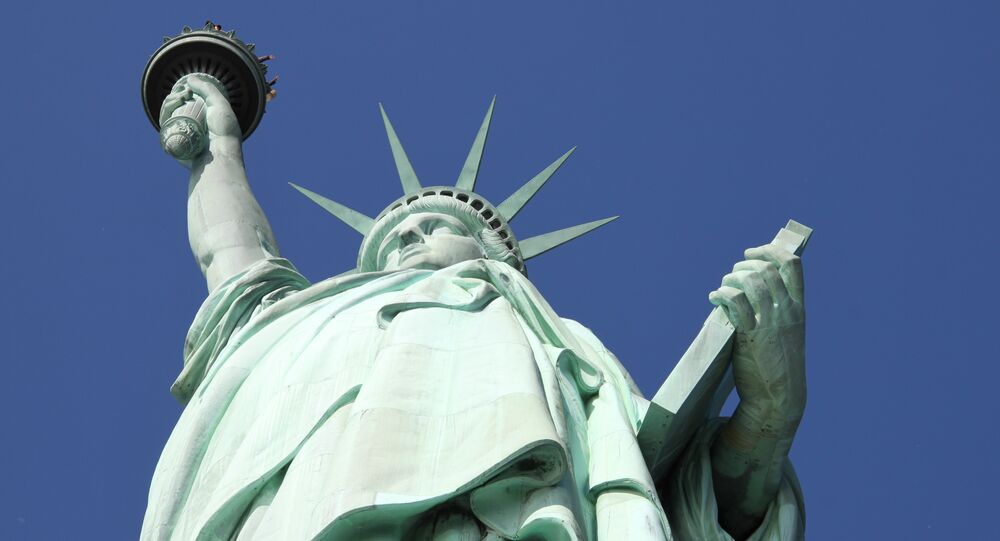 France to Send Second Statue of Liberty to US for Independence Day, Reports Say

MOSCOW (Sputnik) - France will send a second Statue of Liberty to the United States, 135 years after the first one, as a sign of commitment to strengthening the Franco-American relations, Journal Du Dimanche reported.

"This statue is a double symbol of freedom, but also of hospitality,” Ambassador of France in the US Philippe Etienne told.

According to the French newspaper, the statue will be sent to the US on 7 June and will arrive just in time for US Independence Day (4 July). It will stay in the US for 10 years.

The new statue is much smaller than the original, being only 2.83 meters in height and will be travelling to the US by a French-flagged ship in a specifically equipped container with sensors. It will arrive to New York and will be installed on Ellis Island, overlooking the first statue which stands on Liberty Island. It will then be transported to the residence of the Ambassador of France in Washington.

"I warned the neighbors and the mayor of Washington that the statue will be visible to everyone from the street," Etienne said.

He further added that the second statue is tribute to "all those on both sides of the Atlantic who allowed the construction of the Statue of Liberty and those who fought for what it symbolizes around the world."

The 93-meter original was donated to the US by France in 1886. The date of the adoption of the US Declaration of Independence is engraved at the front of the statue (4 July 1776). In 1984, the monument was included in the UNESCO World Heritage List.