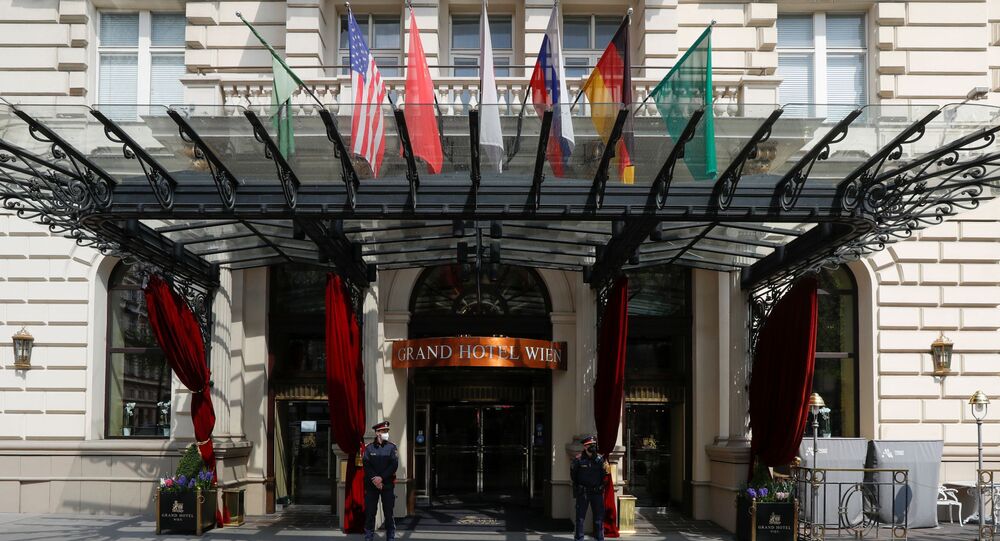 Fifth Round of JCPOA Talks Underway in Vienna, No Plans for Next One, Russian Envoy Says

VIENNA (Sputnik) - The fifth round of the negotiations on the Joint Comprehensive Plan of Action (JCPOA) with Iran is currently taking place in Vienna, and the sixth round is not yet envisaged, Russian Permanent Representative to International Organizations in Vienna Mikhail Ulyanov said on Sunday.

"The fifth round of the Vienna talks on #JCPOA is under way. As of now, there are no plans for the sixth. The negotiators proceed from the understanding that the current round should be final," Ulyanov wrote on Twitter.

The new round of negotiations, aimed at restoring the JCPOA agreement to its original form, began on Tuesday with a formal meeting of the JCPOA Joint Commission on the Iranian nuclear program. Ulyanov leads the Russian delegation at the negotiations.

After the fourth round of negotiations ended in mid-May, sides expressed cautious optimism that an agreement was already close to being reached. Iranian Deputy Foreign Minister Abbas Araghchi said the parties agreed to begin holding expert and technical consultations, as well as drafting the agreement.

The Austrian capital has been hosting the in-person meetings of JCPOA parties. So far, three working groups were created, with two of them working on lifting US sanctions and the nuclear issues, while the third is looking into the sequence of steps necessary to restore the nuclear deal.