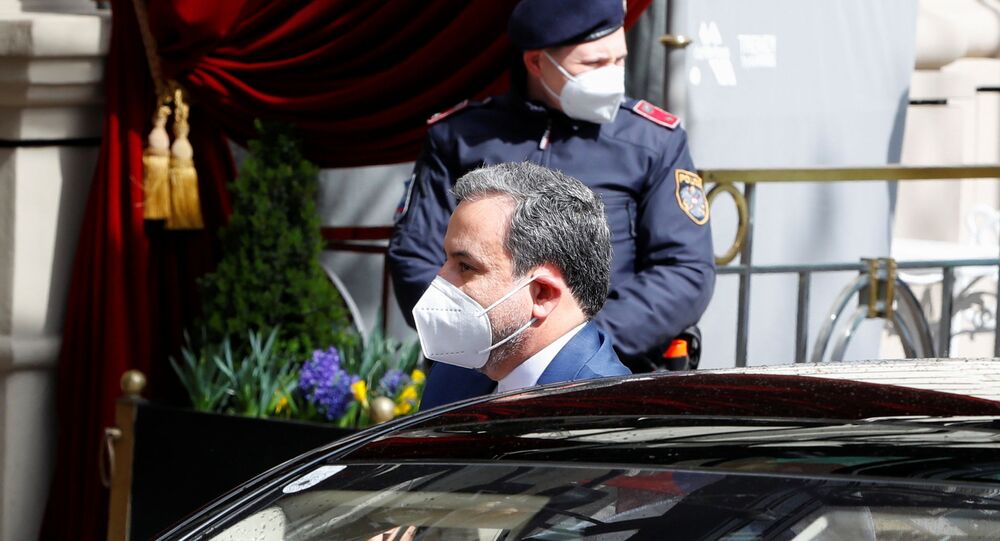 "The meeting of the joint commission, which resumed in Vienna with involvement of Iran and the 4+1 group, ended several minutes ago. It was decided immediately to launch expert and technical consultations and the work on [agreement] drafts," Araghchi said on his Telegram channel, adding that during the meeting the sides reiterated their commitment to reach agreements in the near future.

In 2015, Iran signed the JCPOA with China, France, Germany, Russia, the United Kingdom, the United States, Germany and the EU. The deal required Iran to scale back its nuclear program and considerably downgrade its uranium reserves in exchange for sanctions relief. In 2018, the US abandoned its conciliatory stance on Iran, withdrawing from the JCPOA and implementing hard-line policies against Tehran, which retaliated by gradually abandoning its commitments under the deal a year later.

The Austrian capital has been hosting the in-person meetings of the committee, as well as informal meetings in between. So far, three working groups have been created, with two of them working on lifting the US sanctions and the nuclear issues, while the third is looking into the sequence of steps necessary to restore the nuclear deal.