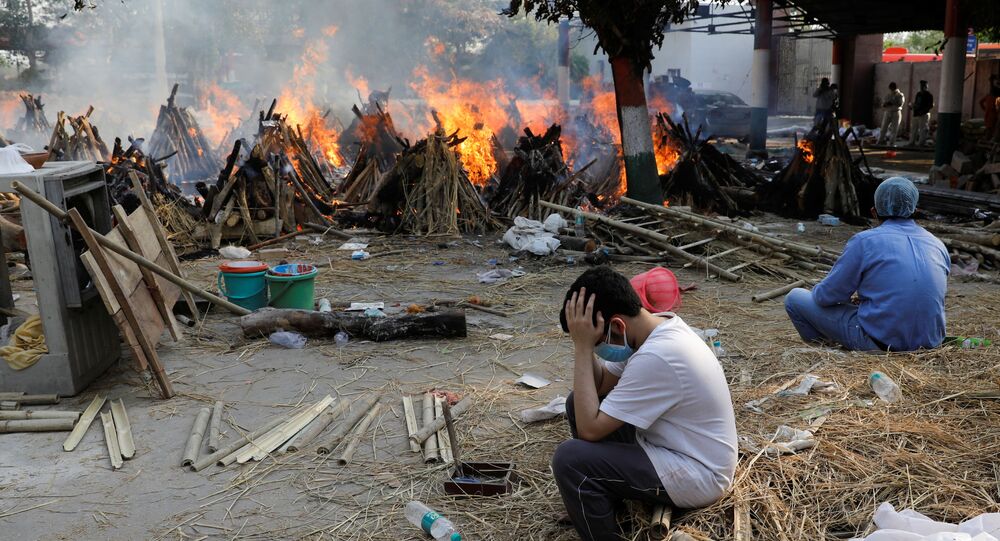 LONDON (Sputnik) - UK Labour Party lawmaker and shadow foreign secretary Lisa Nandy said on Wednesday that the Conservative government could do "far more" to help India tackle the current spike in COVID-19 cases and deaths, recalling that the South Asian country had stepped forward when the UK appealed for help a year ago.

The UK government sent to India on Sunday more than 600 pieces of life-saving medical equipment including ventilators and oxygen concentrators. The Indian COVID-19 figures have been increasing rapidly since mid-February, continually setting daily records in new cases, while the official death toll topped 200,000 on Wednesday.

"There is far more we can do. We sent 600 pieces of surplus equipment over on Sunday but we could do far more," Nandy told Sky News.

The opposition lawmaker said that the UK is a world leader in genome sequencing and epidemiology, so it can "map and track variants" of SARS-CoV-2 which would not only help to get what is happening in India under control, but also help make sure that those strains do no spread to other parts of the world.

"Don´t forget this is a country that is 20 percent of the world´s population. This is really now a global emergency," she stressed.

Nandy said that she would ask Foreign Secretary Dominic Raab later on Wednesday whether the UK has any surplus doses of COVID-19 vaccines that could be sent to India, but that the immediate issue is to help the Indian government solve their shortage of oxygen, oxygen canisters and ventilators.

"There is very, very immediate help that we could send," she continued, noting that when the UK appealed to the world for help "because we were so woefully unprepared for this pandemic," it was the Indian government who released the export of 3 million packets of paracetamol.

"They stepped up for us in our hour of need and we absolutely need to step up for them," Nandy added.

Multiple countries, including Russia, have pledged their support to the beleaguered Indian people, who are struggling to contain the spread of the disease.