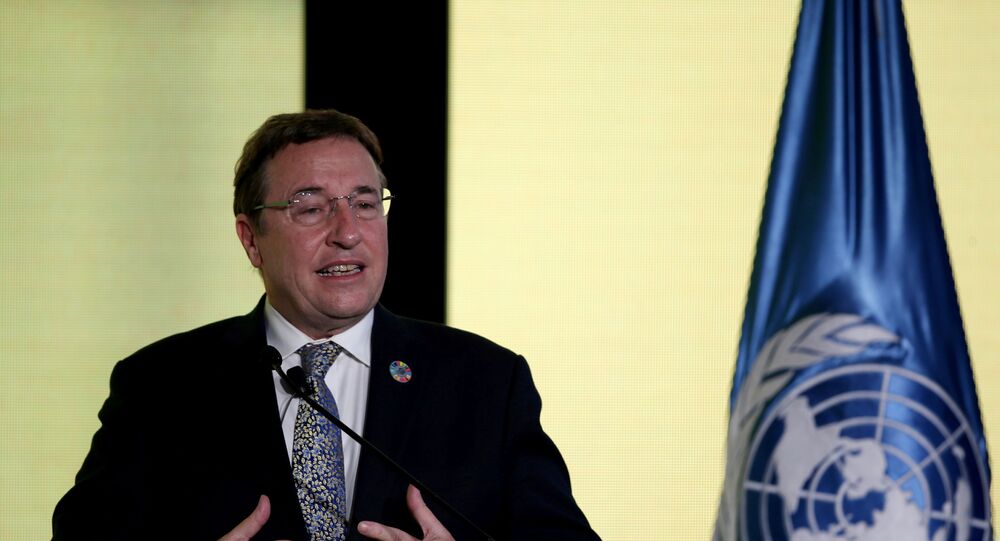 A top official at the United Nations discussed current challenges in tackling climate change, namely via a new mechanism aimed at uniting the private and public sector with finance initiatives aimed at meeting sustainable development goals (SDGs) set by the international body.

When asked by Sputnik about the successes of the UN Alliance for SDG finance, Steiner explained how UN Special Envoy on Climate Action and Finance Mark Carney had lead by example to build similar mechanisms.

Steiner said Carney had worked within the central banking and macroeconomic sectors that had "denied the relevance of climate change", adding finance ministers had just begun hiring climate change advisors in the last two years to tackle the crisis.

"It’s phenomenal and the lifeblood of our economies, and yet the ministries, the people in charge of our financial systems, including in the global context, lived in denial for a long time," Steiner said.

The former Bank of England governor was also the first to hold talks with China to include finance into climate change talks and International Monetary Fund (IMF) managing director Kristalina Georgieva had later "explicitly made climate change an integral part" of the future of the global financial system.

"Change also doesn’t come at the flick of a light switch," the UNDP administrator explained. "It is conservative and has an extraordinary amount of inertia within it."

Mr Carney's Glasgow Financial Alliance for Net Zero (GFANZ) launched on Wednesday was a measure to mobilise private sector actors making decisions in the financial system "into a different pathway".

Such efforts could help the global financial system tackle the threats of climate change and others threats and their effects on the economy, he said, citing challenges natural disasters caused in the insurance industry.

"We need to scale up these initiatives, and Mark Carney in yesterday’s launch was yet another attempt to accelerate this change," Steiner added.

When asked by Reuters' Alex Threlfall if such mechanisms were effective, Steiner said that it was a "step on the ladder" to build consensus in the private sector on an "imperative" as well as "responsibility to act".

According to Steiner, public sector budgets accounted for less than one-fifth of total economic transactions a year.

"So how do you get this disparate group of actors who define the vast majority of our economic decisions every day to be aligned and to be supported, and ultimately incentivised to be part of the solution rather than saying the state will fix the problem and we’ll continue to serve our shareholders. That equation is really an anachronism and I think many in the private sector recognise that today," he concluded.

The news comes just days after Mr Steiner was confirmed as the UNDP Administrator for a second four-year term on Wednesday after leading the organisation since 2017.

The UNDP urged stronger measures to protect the environment in an annual report, which Steiner called "an unapologetic signal to the world that the way we measure development in the future has to evolve".