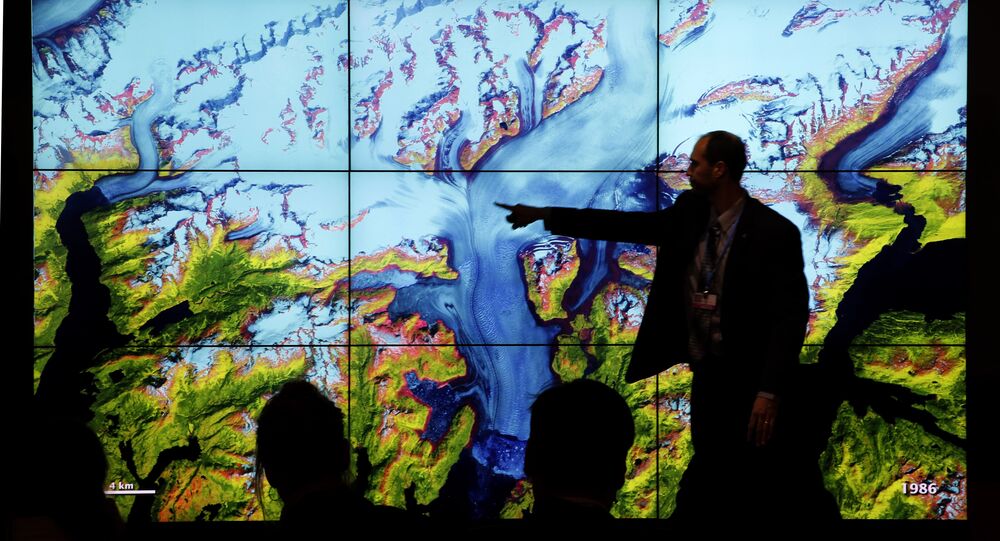 WASHINGTON (Sputnik) - The leaders of 40 countries from around the world will gather online on Thursday to participate in the Leaders Summit on Climate, organized by the United States.

“I can confirm that all 40 states you saw in the media note that went out a few weeks ago, all confirmed, you will see them on the agenda,” a Biden administration official told reporters on Wednesday.

The State Department said the United States is considering the upcoming summit a “starting point” in creating a global coalition on climate and an opportunity to begin talks on the matter with key countries.

“The summit is a key milestone on the road to the UN Climate Change Conference (COP26) this November in Glasgow and is designed to increase the chances for meaningful outcomes on global climate action at COP26,” the State Department said in a note.

By hosting the summit, the United States details that it is eager to reconvene its previous initiative of the Major Economies Forum (MEF) on Energy and Climate that played a vital role in delivering the Paris Agreement, according to the statement.

The White House said it was trying to avoid specifying the summit sessions’ timeframe and program, as it is difficult to gather all the leaders together in one place. However, officials noted that major sessions will be dedicated to “raising ambitions” in climate change, as well as financing, investment and innovation.

“Perhaps most significant in the objective is to help move forward in ambitions. The science is quite clear: if we seek to avoid damages, we need rapidly to reduce the emissions,” an official said during a press briefing, adding that only global cooperation will allow humanity to overcome the challenges we face.

The United States is going to bring its own contribution to the process and is awaiting steps to be undertaken from other countries, the official said.

Speaking of economic issues, the organizers highlighted the importance of climate finance. A number of world leaders, including European Council President Charles Michel, US Treasury Secretary Janet Yellen and Special Presidential Envoy for Climate John Kerry will discuss efforts on public financing during a special session, the preliminary agenda revealed. Attendees will focus on steps to shift trillions of dollars of private investment to support the transition to net zero by 2050.

Due to the technical difficulties, there will be no official bilateral meetings during the summit.

“This is really more technical challenge than anything else. We are really pleased to be welcoming forty heads of states,” the official said. “We are not having any bilateral or side Zoom rooms, bilateral discussions that are happening over the course of the next few days.”

Another reason to avoid bilateral meetings is the time difference between countries, the official added.

The White House is expected to announce a 50-percent greenhouse gas emissions cut by 2030. Administration officials refused to confirm it officially, but the Washington Post revealed on Tuesday that Biden would make the pledge toward that end on Thursday.

This step will allow for a doubling of the greenhouse emissions reductions originally stipulated in the Paris Climate Agreement.

US experts have suggested that the United States make decisive steps on climate change in order to fulfill its previous commitments and make up for the lack of progress during the Trump administration.

"To be on track for the world to stay under 2 [degrees Celsius] in 2100, the US NDC [nationally determined contributions] would need to increase beyond the Paris Agreement NDC promise, to a 36% reduction by 2025, or a 43 percent reduction by 2030 relative to 2005. This would require a 33 percent reduction from 2019 to 2030, or about 3.7 percent reductions per year from 2019 to 2030. This may be possible if the US takes full advantage of the reduction in carbon emissions in 2020, and takes care not to go back up to the previous level," University of Washington Adjunct Professor of Atmospheric Sciences Adrian Raftery told Sputnik.

Center for Research on Energy and Clean Air (CREA) lead analyst Lauri Myllyvirta expressed confidence that Washington can unleash massive investment in clean energy and other sectors of the low-carbon economy.

“The level of ambition shown by the administration is very promising. These kinds of advances can't be erased by any future administration,” Myllyvirta told Sputnik.

Russian President Vladimir Putin confirmed that he will participate in the summit and will explain his country’s approaches on climate change.

"On April 22, Russian President Vladimir Putin will make a speech at the climate leaders' summit in the format of a videoconference. Vladimir Putin will outline Russia's approaches in the context of establishing broad international cooperation aimed at overcoming the negative consequences of global climate change," the Kremlin said in a statement earlier this week.

In his address to the Federal Assembly on Wednesday, Putin highlighted Russia’s commitment to develop new approaches to energy generation and to adapting the economy to the challenges of climate change.

"We need new comprehensive approaches to energy, including new solutions in nuclear power generation, in such prospective areas as hydrogen energy and energy storage," Putin said in his speech.

The Biden administration said it was happy that China had accepted the invitation to participate in the summit.

“We certainly hope that President Xi [Jinping] will come to the meeting and further elaborate on additional measures that China would choose to make,” one official told reporters.

Washington and Beijing have shared ambitions on climate change, he added.

The Chinese government confirmed on Wednesday that Xi would join the other participants in addressing the summit.

“At the invitation of US President Joe Biden, Chinese President Xi Jinping will take part in the climate summit in the format of a video conference, where he will deliver a speech," Foreign Ministry spokeswoman Hua Chunying said.

Speaking of bilateral cooperation, Rutgers University Professor Martin Bunzl noted that both Washington and Beijing have a mutual interest in mitigating climate change.

“The most effective way for international cooperation on climate to occur would be for a group of countries to establish binding commitments among themselves and then use trade policy in a carrot and stick approach to create incentives for others to join them,” Bunzl said.

The Paris Climate Agreement, made within the UN Framework Convention on Climate Change in 2015, includes the long-term goal of limiting the global average rise in temperature to 2 degrees Celsius. The Trump administration announced that it would withdraw the US, one of the major players, from the agreement in 2017, but was forced to wait until 2019 to formally do so. On his first day in the White House, Biden announced that the United States would rejoin the agreement, and officially gained readmission in February.

Kremlin: No Plans for Putin-Biden Meeting at Climate Summit