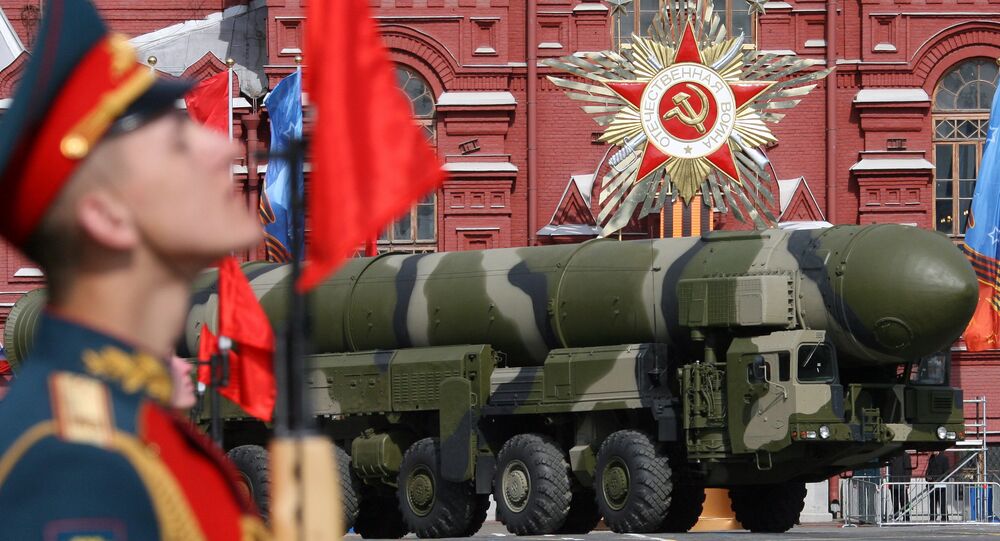 The Russian military is not as powerful as its Soviet predecessor, and Russia is only fourth or fifth in the world in terms of total military spending, but remains the only nation capable of challenging the United States in both conventional and nuclear forces, and subsequently is one of just two countries assuring global strategic stability.

The US intelligence community sees Russia as the "largest and most capable" weapons of mass destruction-armed rival to the United States, and Moscow is expected to retain that status for the foreseeable future, a newly published intelligence assessment indicates.

At the same time, the Annual Threat Assessment report, put out by the Office of the Director of National Intelligence, concludes that Russia does not want to see a direct conflict between Russian and US forces.

Instead, it suggests that "Moscow will continue to employ a variety of tactics this year meant to undermine US influence, develop new international norms and partnerships, divide Western countries and weaken Western alliances, and demonstrate Russia's ability to shape global events as a major player in a new multipolar international order."

The US intelligence community expects Russia to continue developing its military, nuclear, cyber, and intelligence capabilities, and to use its energy resources "to advance its agenda and undermine the United States," while engaging in pragmatic cooperation with Washington where possible.

Apparently unsure what to make of Russia's minuscule military spending compared to the US and its NATO allies, the report suggests that Moscow "will emphasise new weapons that present increased threats to the United States and regional actors while continuing its foreign military engagements, including training exercises."

© Photo : Twitter / @mfa_russia
Russian Foreign Ministry graphic of NATO defence spending compared to that of Russia and the rest of the world.

The report goes on to accuse Moscow of a litany of malign activities, ranging from election meddling and the "poisoning' of opposition vlogger Alexei Navalny, to trying to "destabilise" Ukraine and of using private mercenary companies run by oligarchs "close to the Kremlin" to expand foreign influence.

The document sees China as the most significant threat to the US overall, calling Beijing a "near-peer competitor, challenging the United States in multiple arenas – especially economically, militarily, and technologically," and a threat to the existing US-dominated world order.

© AFP 2021 / SAM YEH
China Warns US Not to ‘Play With Fire’ on Taiwan
The report also expresses concerns over "China's increasing cooperation with Russia on areas of complimentary interest," including defence and economic cooperation, and expects Beijing to gain nuclear triad capabilities (that is, the ability to field nuclear weapons on the ground, in the air and at sea) over the next decade while doubling the size of its nuclear arsenal.

The document dubs Iran a "regional menace," with North Korea called a "disruptive player on the regional and world stages."

Finally, the report points to non-state actor threats to the US, including the coronavirus and other diseases, climate change, emerging technologies, cyber, drugs and organised crime, and global terrorism.