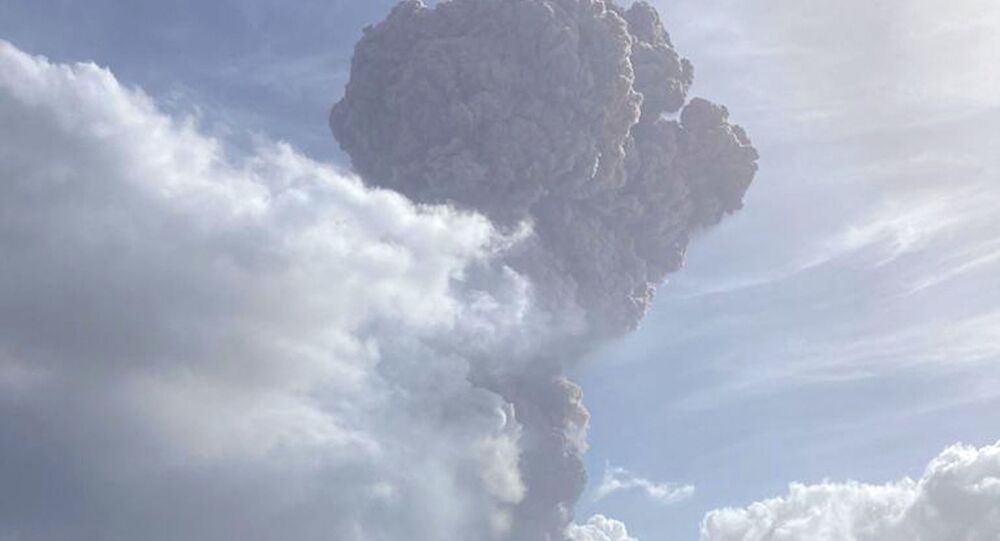 The authorities of the Caribbean island, the largest of the Saint Vincent and the Grenadines archipelago, issued an evacuation order earlier for those living in close proximity to the volcano.

A dramatic eruption has hit La Soufriere volcano on the island of Saint Vincent, just hours after the authorities ordered an evacuation. The video of the tectonic event has been shared on social media. In the footage, a huge cloud of smoke and ash is seen billowing above the volcano.

According to the estimates of the University of the West Indies Seismic Centre, the pillar of ash could reach as high as 10 kilometres and more explosions could follow.

​About 16,000 people living in dangerous proximity to the volcano have been ordered to evacuate. They are expected to be sent to safer parts of the island, or taken to other nearby islands.

The 1,234-metre tall volcano last erupted in 1979, but caused no casualties thanks to a prompt evacuation order.