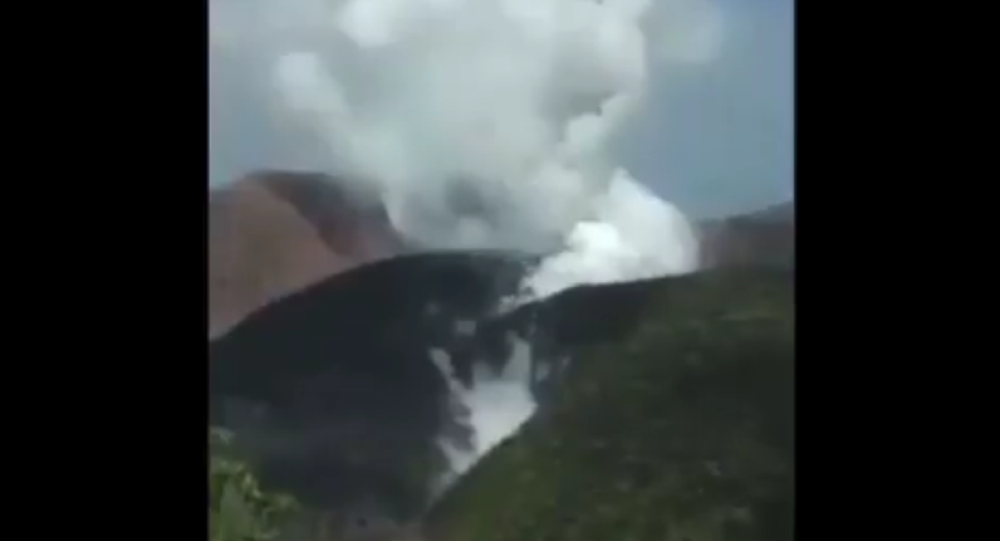 Vincentian authorities have ordered an evacuation ahead of an imminent eruption by St. Vincent's active volcano, La Soufriere, which has been effusively erupting but also formed a large lava dome.

Ralph Gonsalves. Prime Minster of St. Vincent and the Grenadines, declared a red alert on Thursday and ordered an evacuation of large parts of St. Vincent, the country's largest island ahead of an imminent explosive eruption.

St. Vincent's National Emergency Management Organization (NEMO) warned on Twitter on Thursday of a "substantial prospect of disaster" and quoting NEMO director Michelle Forbes as saying "be ready, get your things in order."

Alert level is now RED. Vessel dispatched to the Leeward side of the island to move residents in the red zone who are in harm's way. #svgeruption2021#movements#

​“Safe areas where people will be evacuated to are from North Union to Kingstown, on the Windward side of the island, Barrouallie to Kingstown on the Leeward side and the Grenadine Islands," NEMO said, noting that a Royal Caribbean cruise liner was on its way to the island to pick up refugees and that another smaller vessel had been immediately dispatched "to the leeward side of the island to move residents in the red zone who are in harm's way."

Prime Minister of St Vincent and the Grenadines Dr. Ralph Gonsalves has issued an evacuation order.

​While La Soufriere has been effusing lava for months, a significant lava dome has built up in its crater that according to NEMO is so tall as to be above the lip of the caldera, visible and glowing against the darkness of night. Earthquakes earlier this week originating from the volcano also pointed to heightened tectonic activity.

Richard Robertson, lead geologist at the University of the West Indies Seismic Research Center on the island, told reporters earlier on Thursday the scientists expected "explosions at the volcano" within the next 24 to 48 hours.

UWI scientists have tracked the volcano's growing lava dome for weeks. A drone captured the smoking mass in late March:

Latest drone video taken of the new dome at La Soufrière, SVG on March 19th, 2021. Its approximate dimensions are 921m in length x 243m width and 105m in height. The volume of material ejected is now estimated to be 13.13 million m3. The Centre and NEMO SVG continues to monitor. pic.twitter.com/BkGJ1olq96

UWI also posted a video from its camera positioned at the volcano's summit on Thursday.

Latest images of the dome taken before sunset from the summit camera by @VincieRichie shows the dome now glowing and the height is now estimated to be above the southern crater wall. Follow us and @NEMOSVG for more info. #volcano #svg #lasoufrière #redalert pic.twitter.com/t498dx6fWr

​In addition, one daring filmer captured the huge lava dome.

​The volcano is St. Vincent's largest, towering more than 4,000 feet above the island. Its most recent eruption was in 1979.

St. Vincent and the Grenadines, located 100 miles west of Barbados, was part of the British Empire until 1979, when it gained its independence. Its population is just 110,000 people.