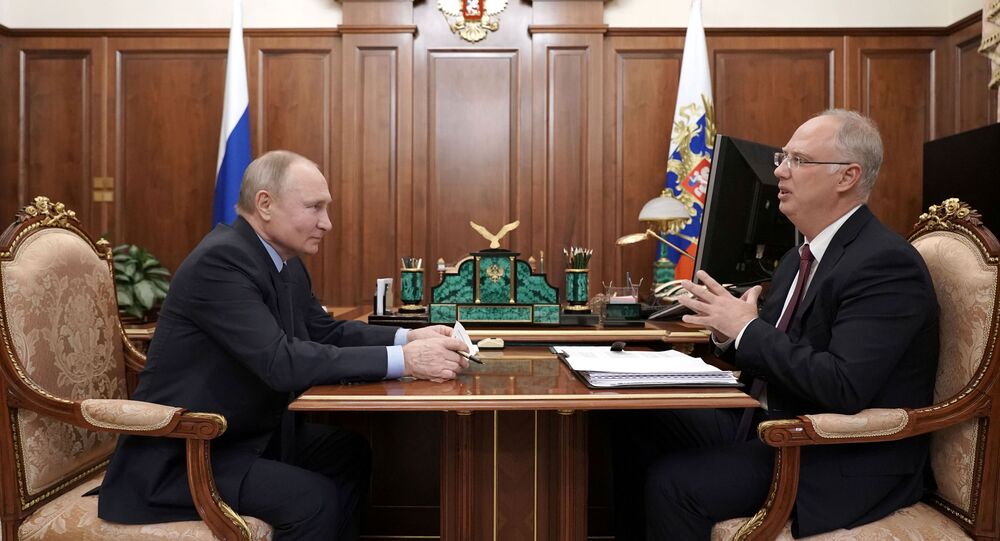 The RDIF head and the Russian president held a meeting earlier today when they discussed the fight against COVID-19 and the fund's work in producing and promoting the Russian vaccine.

The production of Sputnik V vaccine has already been accelerated in a number of countries this month, the chief executive of the Russian Direct Investment Fund, Kirill Dmitriev said at a meeting with Russian President Vladimir Putin on Friday.

Dmitriev said the fund struck deals with 20 major manufacturers in 10 countries, noting that the vaccine, once produced abroad, could be shipped to Russia.

According to the RDIF head's estimates, the domestic and foreign production combined could allow the nation to vaccinate the entire population.

"Our tests are in high demand at airports and other locations outside of laboratories, and we will announce [the creation of] a robotic conveyor that can do 300 tests per hour and does not require highly trained personnel", Dmitriev said, adding that this solution will be beneficial not only for Russia but also for other countries.

Sputnik V has been registered in 59 nations with a combined total population of 1.5bln. It has been proved to be 91.6 percent efficacious against coronavirus, as confirmed by The Lancet, the world's oldest peer-reviewed medical journal.