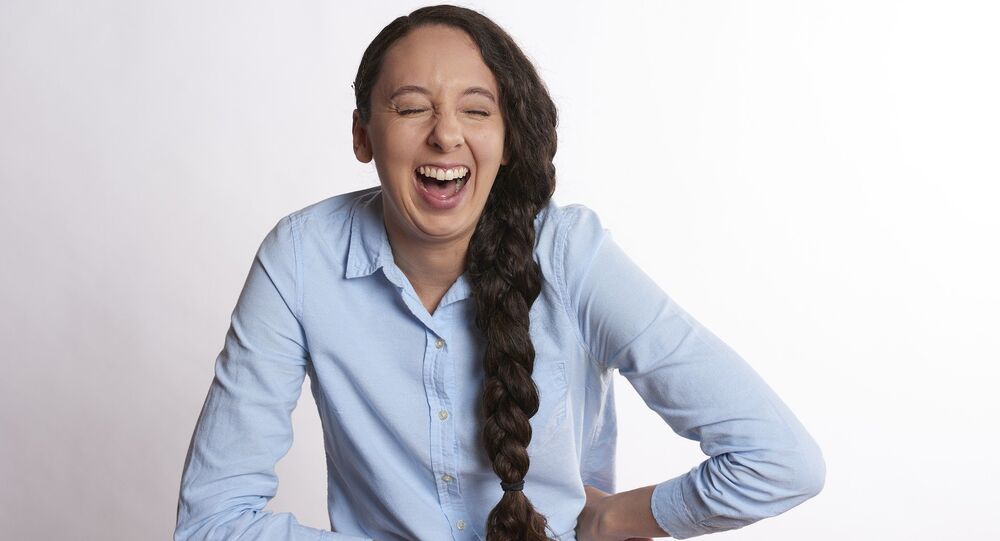 April Fools: Some Of The Best And Worst Pranks Played On This Day In History

Thursday is 1 April and all around the world pranksters are up to no good. Sputnik takes a look at the history of the tradition and the times when practical jokes and hoaxes went badly wrong.

Pulling a prank on April Fool's Day is a tradition that dates back centuries but sometimes it can blow up in the prankster’s face.

Earlier this week Volkswagen put out a press release saying it was changing the name of its US subsidiary to Voltswagen on 1 April to mark the switchover from fossil fuel cars to electric vehicles.

The Washington Post, the Associated Press, USA Today and CNBC all swallowed it at face value, after being assured by VW America it was genuine.

We know, 66 is an unusual age to change your name, but we’ve always been young at heart. Introducing Voltswagen. Similar to Volkswagen, but with a renewed focus on electric driving. Starting with our all-new, all-electric SUV the ID.4 - available today. #Voltswagen #ID4 pic.twitter.com/pKQKlZDCQ7

​VW’s stock prices in New York even started to rise until the head office in Germany admitted it had been a bad joke.

The tradition of April Fool’s Day is believed to date back to the 17th century when Pope Gregory XIII decided to change the calendar which had been used since the days of Julius Caesar.

After the adoption of the Roman calendar some people continued to celebrate what they believed was New Year's Day on 1 April, becoming the first "April fools."

In France it is known as Poisson d'Avril and is associated with a prank whereby people stick a paper fish on their friends' backs.

One of the earliest fatalities as a result of April Fool’s Day came in Tennessee in 1896.

Farmer John Ahrens disguised himself as a tramp with a ghostly white mask over his face and knocked on the door of his own farmhouse.

Keir Starmer gets in on the April Fool’s Day fun by pretending to oppose the government on several key issues.

​When his wife opened the door he asked her to make him dinner but she did not recognise his voice and was so shocked that she dropped dead on the spot.

Ahrens had been married only a few months and adored his wife and her death sent him spiralling into a grief-stricken depression from which he never really recovered.

In the 1950s few people in Britain had ever tried Italian food and there was widespread ignorance about such culinary delights as lasagne, pizza and pasta.

So when the BBC's flagship current affairs programme Panorama ran a programme about a pest which was affecting the harvesting of spaghetti trees in Switzerland it was widely believed, especially as the authoritative voice of respected broadcaster Richard Dimbleby was used.

I know it’s April Fool’s but I don’t for a second question that he means this https://t.co/zqqYJHkqrK

​Hundreds of people even contacted the BBC to ask how to cultivate spaghetti trees.

It was later described as "the biggest hoax any reputable news establishment ever pulled" and some BBC journalists believed it damaged the corporation's reputation for integrity for years afterwards.

The BBC suffered another blemish to its reputation in 2004 when two pranksters, Andy Bichlbaum and Igor Vamos, set up a hoax website and claimed the giant US chemical firm Dow was finally apologizing for its role in the 1984 Bhopal disaster.

The BBC ran with the story and Dow's share price fell 4.24 percent in 23 minutes on the Frankfurt stock exchange, wiping US$2 billion off its market value.

Channel 7 News in Boston thought it would be a good gag to pretend Great Blue Hill, a 635-feet tall gradient in Milton, Massachusetts, was actually a volcano and had suddenly erupted.

The TV station ran footage of lava pouring down a hillside and said lava and ash were raining down on nearby homes.

The prank was edited together with an audio tape in which President Jimmy Carter and the governor of Massachusetts, Edward J King, both described it as a "serious situation."

The broadcast also played on widespread fear in the United States because of the recent eruption at Mount St Helens in Washington state.

The reporter held up a sign at the end of the broadcast which read "April Fool" but by then panic had already been triggered.

One man carried his seriously ill wife outside in order to escape the lava he believed was about to hit his home.

Police received terrified phone calls for hours into the night and Channel 7 eventually apologised and fired the executive producer who dreamed up the idea.

On 1 April 1986 Israel Radio reported that Nabih Berri, a leader of the Lebanese Shia community, had been assassinated.

Israel had invaded and occupied south Lebanon four years earlier in response to repeated rocket attacks by the PLO and their Shi'ite Muslim allies, Hezbollah.

The Israelis got as far as Beirut before stopping.

The Lebanese capital was a melting pot of different religious groups and militias, one of which was Amal (Hope), a moderate Shi'ite Muslim political party led by Berri.

Berri was a key part in resistance to the Israelis, along with the Druze leader Walid Jumblatt.

Today I won't believe anything, I know it's April Fool's Day 🦦 pic.twitter.com/oQZ1ssy7hs

​The April Fool’s Day report of his assassination very nearly triggered clashes in Beirut until the Israeli Defence Minister, Yitzhak Rabin, said it was untrue and the Israeli intelligence officer responsible would be court martialled.

He was never named and to this day it is not clear if it was an April Fool's Day prank or simply a rogue officer trying to spark trouble among Israel's enemies.

Berri, now 83, is currently the Speaker of the Lebanese Parliament.

A pair of disc jockeys in Kansas City used science to baffle listeners in April 2002.

They announced the water in nearby Olathe contained high levels of dihydrogen monoxide.

Hundreds of scared residents called the water department or rang 911.

Dihydrogen monoxide is simply another name for water - as is hydrolixic acid, another name used for similar pranks.

In April 2016 it was reported that Lisa Estevez, 31, shot dead her boyfriend Ray Jordan, 25, in New York after he got on his knees and proposed to her on 1 April.

When she opened the engagement ring box it was empty and had a piece of paper inside which read "April Fools".

Miss Estevez was so enraged, she picked up his gun, which was naturally lying on the couch and shot him once through the heart.

She was reportedly charged with first degree murder.

The story had been repeated by a number of media outlets but originated on a fake news website which relies on the gullibility of lazy journalists.