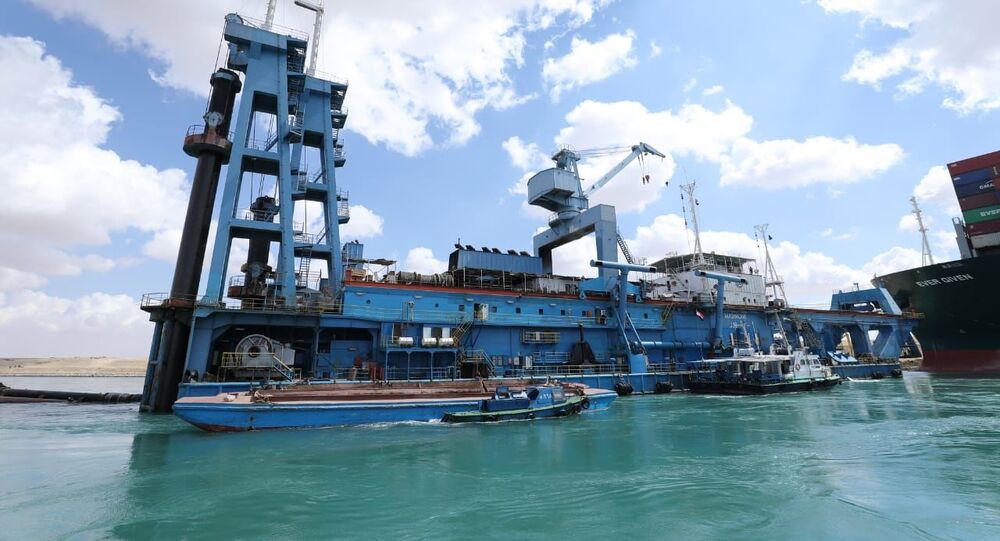 BERLIN (Sputnik) - Shipping by sea will only return to normal somewhere around the third quarter of this year despite the clearance of the Suez Canal, Holger Losch, the Federation of German Industries' deputy director general, said on Tuesday.

On March 23, the 1,300-feet-long Ever Given container ship was stuck in the Suez Canal blocking the navigation through the channel. It was reopened after the gigantic cargo vessel was finally towed in the direction of the Bitter Lakes on Monday.

“The ship’s release is good news for global delivery chains. Problems concerning maritime traffic between Europe and Asia would grow geometrically without the timely release. However, we should expect further delays — from 3-6 days will be needed to clear ‘the traffic jam’ of around 400 ships after the Canal’s opening. As soon as the passage through the Suez Canal is possible, the 'jam' will move to the ports. Delays in docking of ships in ports in the next few weeks will put additional pressure on supply chains,” Losch said.

According to him, the situation will return back to normal no sooner than in the third quarter.

“We cannot say how many German cargo vessels suffered from the blockage – approximately, there are several tens of them. Consequences for German companies are likely to be quite significant as the Suez Canal is the main route for trade in the Far East on which almost every German export-oriented company depends,” Denso said.

He added that understanding why the Ever Given incident occurred would help avoid such risks in the future, suggesting that a probe should be conducted “quickly, thoroughly and without prejudice.”