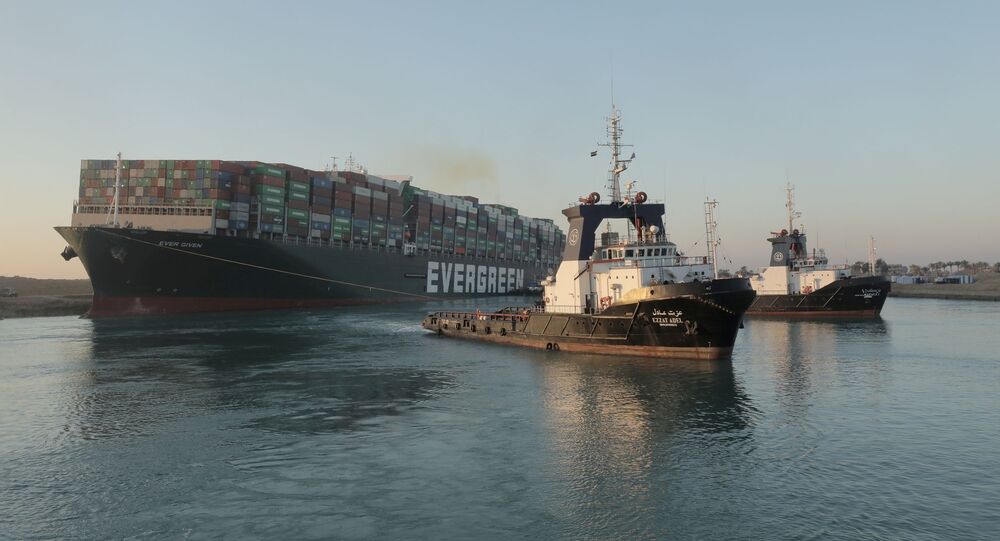 Shipping traffic through the Suez Canal, one of the world’s busiest trade routes, has resumed as of Monday after a sky-scraper-sized container found itself lodged along its banks. The vessel was fully refloated, with officials announcing that traffic would resume at 6 p.m local time.

After a week of being trapped aground on the banks of the Suez Canal, rescuers managed to free the container ship Ever Given. While it will take at least another week to clear the current queue of ships traveling through the canal, the larger perspective calls into question the future of the global economy, especially one dependent on the just-in-time shipping method.

While the ship was wedged, it was estimated that each day billions of dollars in trade had been lost, with actual numbers being difficult to calculate but approximated to about $9.6 billion a day.

A prolonged shut down of the canal would have had a long-lasting effect particularly on European markets, which relies greatly on transfers through the canal, and would have posed a possible trickle-down effect to the United States. Shippers had options to get around the shutdown, but very few that wouldn’t be costly or time consuming.

“It just shows you how vulnerable our supply-chain lines are,” Guy Platten, secretary general for the UK-based International Chamber of Shipping, told The Washington Post.

As a result, some companies have started to suggest alternatives to water-way supply hubs.

"[We] recommend that you reach out to your local sales representative for dialogues and quotations on alternative solutions, such as air and rail,” a statement from Maersk, the world’s largest container line, said.

So far the weeklong shut down has only negligently affected consumers, but this is in addition to the fragility of the current global economy under the coronavirus pandemic, which sets the ground for cries of exploitation.

The current method of global trading relies on the just-in-time shipping method, in which companies order supplies on an as-needed basis.

Working around this method would require more research into consumer data, which is already questionable under the current data collection tactics implemented by tech giants such as Google.

As the pride of Egypt, the Suez Canal has called to the forefront many questions surrounding the future of the global economy and requires preparation to deal with more potential challenges.

Osama Rabie, the head of the Suez Canal authority, has stated that this incident will be used as a learning step to prevent similar issues in the future.

'It's Super Stuck': Video Game About Efforts to Free Ever Given Made by Designer