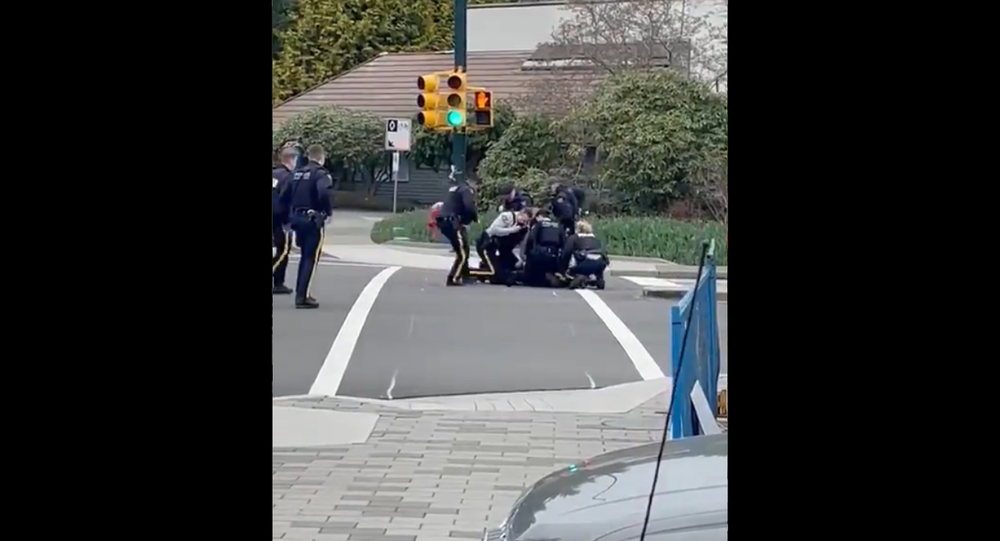 According to the Royal Canadian Mounted Police in North Vancouver, one suspect has been taken into custody. His motives remain unclear. Police have continued to look for additional victims.

A stabbing attack in North Vancouver on Saturday left one person dead and at least five people injured, according to local media, citing authorities.

Sgt. Frank Jang of the Integrated Homicide Investigation Team described the suspect, who was taken into custody, as a man in his 20s with previous interactions with police. The motive of the man remains unclear.

"We have six victims who sustained stab wounds. We have one victim who has, sadly, succumbed to injuries", Jang said.

His comments came after North Vancouver Royal Canadian Mount Police confirmed that multiple victims were taken to the hospital after a stabbing attack outside the Lynn Valley Library, with local media, citing emergency health services, reporting that six people were hospitalized after the attack.

Police said that one male suspect has been taken into custody, and he appeared to have acted alone. The department also outlined that there was no ongoing threat to the public.

"One suspect in custody. Appears this was a lone suspect. No ongoing threat to public. We are still looking for potential additional victims. Any witnesses please call us at 604-985-1311", North Vancouver RCMP said.

#ALERT: informing the public of multiple victims stabbed within & outside #LynnValley Library. One suspect in custody. Appears this was a lone suspect. No ongoing threat to public. We are still looking for potential additional victims. Any witnesses please call us at 604-985-1311

​Canadian Prime Minister Justin Trudeau reacted to the incident, saying that his heart "is in North Vancouver tonight".

My heart is in North Vancouver tonight. To everyone affected by this violent incident in Lynn Valley, know that all Canadians are keeping you in our thoughts and wishing a speedy recovery to the injured. https://t.co/8Q32wuOlTk

​A video allegedly showing the moment the police arrested the suspect was shared online, showing officers apprehending a man who holds what appears to be a knife.

Here's a video of the alleged suspect being taken down by the RCMP pic.twitter.com/ZmAIrK4aiM