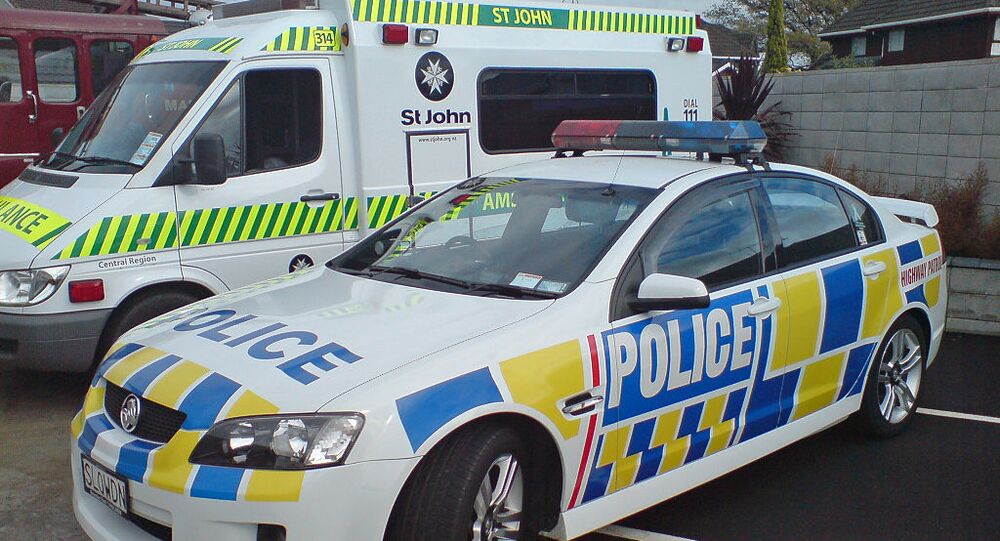 MOSCOW (Sputnik) - At least two people were killed and two more were injured in a stabbing incident in a suburb of Auckland, New Zealand, on Friday, Detective Inspector Scott Beard said.

"At about 11:30 a.m. this morning [21:45 GMT on Thursday] police were called to the scene here ... and two people were deceased from ... stab wounds. Two other people have been taken to an Auckland hospital, including one in the critical condition," Beard told reporters.

According to him, the incident took place in an apartment in Epsom, a suburb of Auckland, the largest city in New Zealand.

Police officers discovered two wounded persons in the house, a man and a woman, who died despite receiving assistance. Another wounded person was hospitalized in critical condition.

One more person with light wounds was also found at the scene. He is reportedly suspected of committing the crime, since the police officers said they were not looking for anyone.