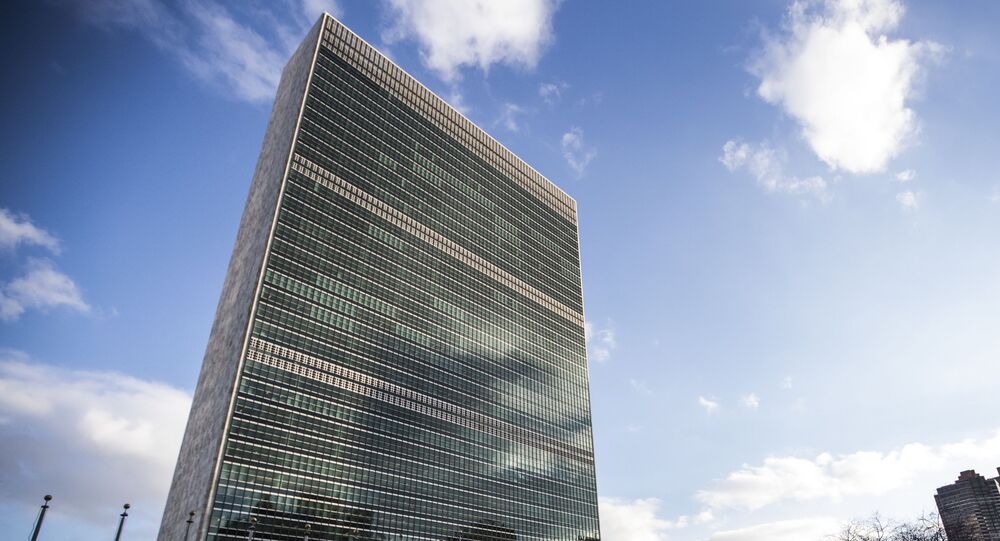 Russia Only UNSC Member Represented by Deputy Envoy to UN at Talks With Biden, Diplomat Says

UNITED NATIONS (Sputnik) – Russia was the only member state of the UN Security Council represented during the talks with US President Joe Biden at the level of deputy envoy to the UN, Russia's First Deputy Permanent Representative to the United Nations Dmitry Polyanskiy said.

On late Thursday, the White House said that Biden had held online consultations with the permanent representatives from the UN Security Council and called on the UN body to act on Myanmar, Ethiopia, Libya, Syria, and Yemen.

Biden reaffirmed the United States' commitment to "values-based global leadership and re-engagement with international institutions," especially the United Nations, during the meeting.

“#Russia was represented by Deputy Permanent Representative Anna Evstigneeva. She didn’t make any remarks,” Polyanskiy wrote on his Twitter page.

Earlier, the Russian Foreign Ministry said that Ambassador to the US Anatoly Antonov had been invited to Moscow for consultations to analyze what needs to be done in the context of bilateral relations with the US.

At the same time, the ministry emphasized that they are interested in preventing the irreversible degradation of relations with Washington, and most importantly, "to determine ways of rectifying Russian-American relations," that Washington has itself sent into a dead end in recent years.

The Russian Embassy in the US announced that Antonov would fly to Moscow on March 20 for consultations.

White House Says US Will Not Rely on Sanctions Alone to Deal With Russia, Has More Tools