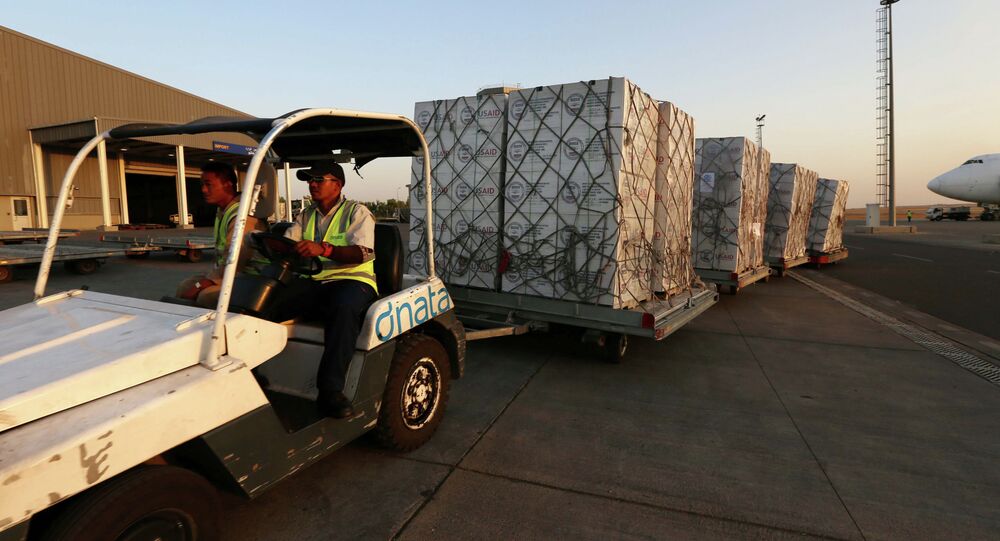 Nearly a dozen nations temporarily halted the use of AstraZeneca’s coronavirus vaccine this week amid reports that it can cause severe blood clots. On Friday, the European Medicines Agency added "severe allergic reactions" to the jab’s list of potential side effects. The World Health Organisation says the vaccine’s benefits outweigh the risks.

US officials are reportedly debating whether or not to send tens of millions of doses of AstraZeneca’s coronavirus vaccine abroad as the Food and Drug Administration continues to drag its feet on approving it for use on Americans.

Unnamed senior Biden administration officials told the New York Times that the White House has seen “intense debate” about whether to ship tens of millions of doses of the vaccine currently sitting in manufacturing facilities in Ohio and Maryland to other countries amid requests by nations which have already approved its use.

An AstraZeneca spokesperson confirmed to the newspaper that it has “asked the US government to give thoughtful consideration” to the requests to export the vaccines.

Some 30 million doses are said to be piled up in the British-Swedish pharmaceutical giant’s West Chester, Ohio facility, with “tens of millions more doses” produced in Baltimore and ready to be put in vials and packaged.

Discussions about potential destinations for the unused vaccine reportedly include Brazil, the EU, and Britain.

Last year, Washington pledged to pay AstraZeneca up to $1.2 billion for the creation and manufacturing of its coronavirus vaccine, contracting the company to supply up to 300 million doses if it proves effective. The company did not apply for emergency use authorisation from the FDA, which provides liability protections, leaving its status uncertain.

© AP Photo / Ted S. Warren
Bill Gates ‘Not Very Surprised’ by Spinal Cord Damage Caused by AstraZeneca’s Coronavirus Vaccine
In February, pharma industry media reported that the FDA could reject the AstraZeneca vaccine due to uncertainties related to its effectiveness and concerns about whether trial batch doses consistently match the effectiveness of series produced jabs. The approval process was further complicated after human trials led to questions about whether the vaccine was responsible for serious neurological side effects in two volunteers.

The Biden administration recently ordered 100 million additional jabs of Johnson & Johnson’s vaccine following its approval last month, on top of the hundreds of millions already ordered from Pfizer and Moderna after their use was approved late last year. This week, President Biden announced that all US adults would be eligible to get a coronavirus vaccine by 1 May.

© REUTERS / Cathrin Mueller
Nigerian Health Agency Allays Concerns Over AstraZeneca Shots as Several Nations Halt Use
Nigeria’s health agency defended AstraZeneca’s vaccine on Friday amid the scare which caused multiple nations to halt its use, saying it is satisfied with “clinical evidence” which indicates that the jab is “safe and effective.”

Denmark, Norway, Iceland, Bulgaria, Luxembourg, Estonia, Lithuania, Latvia, and Thailand have halted the AstraZeneca vaccine’s use amid reports of severe blood clots in some cases. Authorities in Austria and Italy have said they would stop using certain batches as a precautionary measure.

Health authorities in the UK, France, Australia, Canada, and Mexico have allayed fears over the vaccine’s safety, and said that they would not stop their vaccination campaigns using the AstraZeneca jab.

On Friday, the European Medicines Agency added "severe allergic reactions" to the jab’s list of potential side effects. A day earlier, the World Health Organisation said that the vaccine’s benefits outweigh the risks.