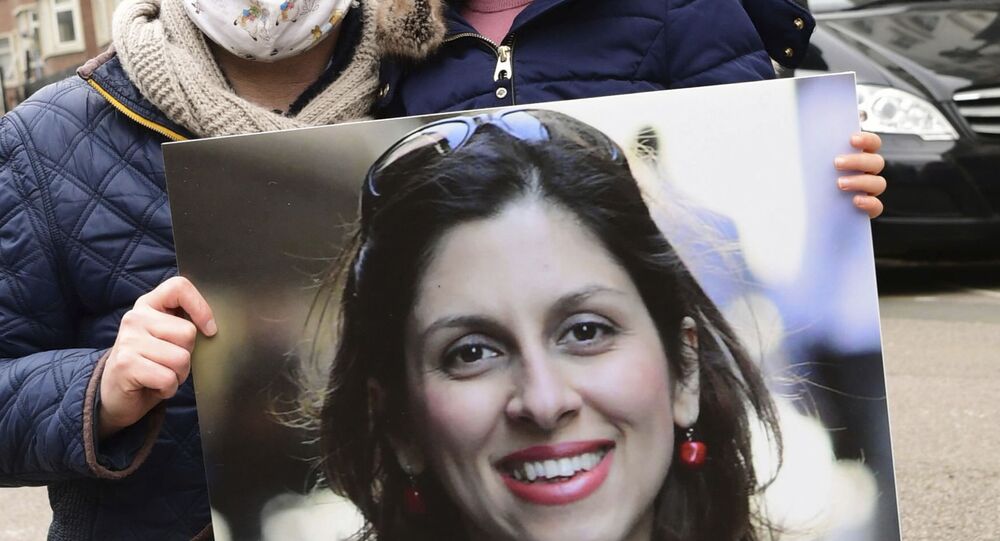 Zaghari-Ratcliffe, a Thomson Reuters Foundation employee at the time, was arrested in April 2016 in Iran on suspicions of plotting against the government. Sentenced to five years in prison, she was released from prison and put under house arrest in March, 2020 amid the coronavirus outbreak.

On Sunday, after her prison term expired, Iranian authorities released her from house arrest and had her ankle tag removed, but have not allowed her to return to the UK claiming that she could face further charges.

According to the UK prime minister's office, Johnson also told Rouhani that "while the removal of Nazanin Zaghari-Ratcliffe’s ankle monitor was welcome, her continued confinement remains completely unacceptable and she must be allowed to return to her family in the UK."

During the call, Johnson also raised the issue of alleged Iran's violations of the 2015 nuclear agreement with Iran, formally known as the Joint Comprehensive Plan of Action (JCPOA).

"The Prime Minister also stressed that while the UK remains committed to making the Iran nuclear deal a success, Iran must stop all its nuclear activity that breaches the terms of the JCPoA and come back into compliance", the statement said.

Johnson also urged Iran to seize the opportunity presented by the current US administration's willingness to return to the deal and underlined the need for Tehran to cease its "wider destabilising activity" and become a positive force in the Gulf region.