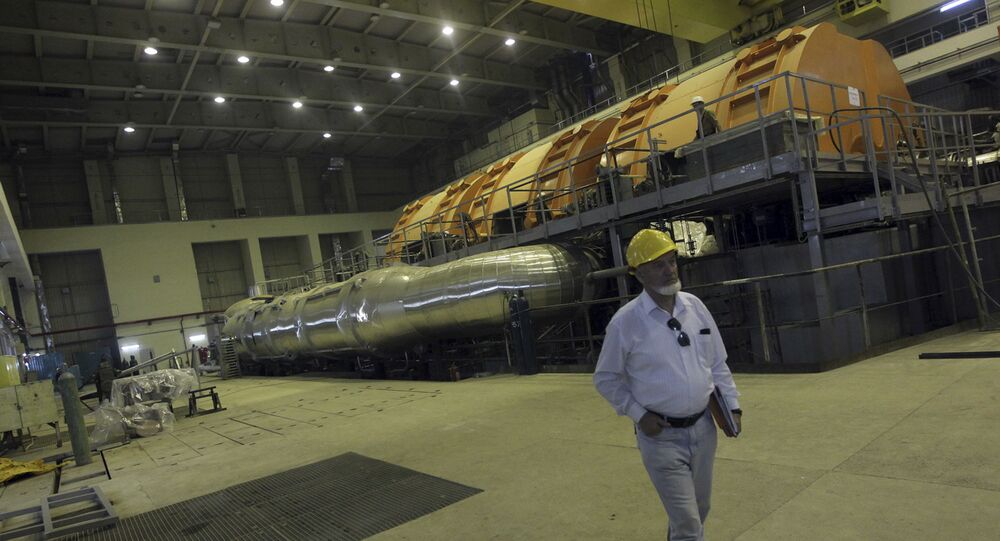 Late last month, Washington reportedly expressed disappointment over Tehran’s rejection of a US invitation to attend direct talks on the 2015 Iran nuclear deal.

Tehran is opposed to a step-by-step revival of the Iran nuclear deal, also known as the Joint Comprehensive Plan of Action (JCPOA), the Iranian news agency Press TV has cited an unnamed senior security official as saying.

The source underscored that the Islamic Republic will only accept the full removal of the US’ anti-Iranian sanctions before returning to full compliance with the JCPOA.

The official told Press TV that “America’s mere words and superficial actions are unacceptable to Iran” and that Tehran will not hold any official or unofficial talks with the US before the full-fledged removal of the sanctions.

US ‘Disappointed’ With Iran's Refusal to Meet Over Nuclear Deal

The remarks come after the White House reportedly said in late February that they are disappointed over Iran's rejection of an invitation to attend direct talks over the JCPOA.

At the same time, Washington signalled readiness “to reengage in meaningful diplomacy to achieve a mutual return to compliance with [the deal's] commitments”.

This followed Iranian Foreign Ministry spokesman Saeed Khatibzadeh stating that Iran does not consider the time to be "suitable" for an informal meeting over the nuclear deal.

"There has still been no change in the US positions and behaviour yet”, he added, referring to the Biden administration’s drive to continue “Trump's failed policy of maximum pressure”.

Khatibzadeh emphasised that America must end “its illegal and unilateral sanctions and return to its [JCPOA] commitments”, which he said “needs neither negotiations nor resolutions”.

As the White House voiced its intention to revive US participation in the nuclear deal, it also demanded that Tehran return to its commitments under the 2015 agreement, which the Islamic Republic began to step away from in 2019, a year after Trump's withdrawal. Tehran, however, insists that it is Washington that should take the first step by scrapping economic sanctions against the Islamic Republic.

© REUTERS / Iranian Presidency Office, Mohammad Berno
Rouhani Praises ‘Superior Quality’ of Iran’s Centrifuges as Nuclear Deal Continues to Flounder
Trump unilaterally withdrew the US from the JCPOA in May 2018, also reinstating harsh economic sanctions on Iran and citing alleged violations of the deal by Iran - something that Tehran has denied.

After the US left the accord, the Islamic Republic stepped away from its JCPOA commitments, prompting criticism and allegations that the country was trying to develop nuclear weapons. Tehran has consistently stated that its nuclear programme is purely peaceful.