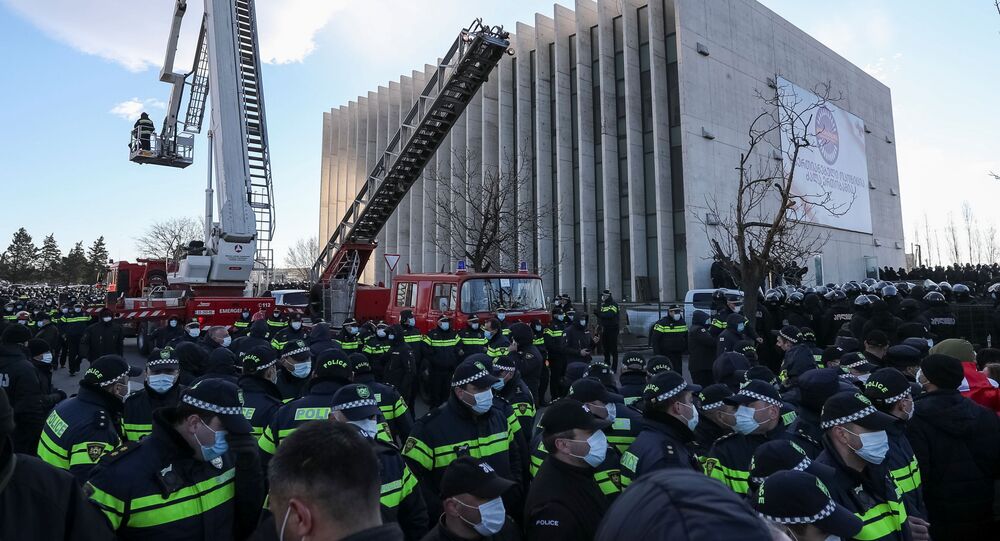 EU Urges Restraint in Georgia After Detention of Opposition Leader

BRUSSELS (Sputnik) - The European Union is monitoring the political developments in Georgia in the wake of the detention of opposition politician Nika Melia and urges all sides to show restraint, European Commission spokesman Peter Stano said on Tuesday.

Earlier in the day, police stormed the office of the opposition National Movement (UNM) party and detained its leader based on the decision of the Tbilisi City Court.

"We are following the events in Georgia very closely and it seems that with the arrest of Mr. Melia the situation further escalated and political crisis seemed to be deepening, and in this context the European Union repeats its call and we are urging all sides in Georgia to show the necessary restraint, utmost restraint and responsibility to avoid more escalation in the interest of the country and its people," Stano said at a press briefing.

Prior to his detention, Melia was briefly arrested for leading protests back in June 2019 and later released on 30,000 Georgian lari ($9,063) bail. The politician was forced to wear a monitoring bracelet but removed it publicly during another wave of opposition protests, which erupted in November 2020 against the general election results. This forced the court to revise the conditions of Melia's release and impose a new bail, totalling 40,000 lari. The UNM chairman has refused to follow the court's orders.

On 18 February, then-Prime Minister Giorgi Gakharia announced his resignation, citing his differences with the team members over Melia, whom the Tbilisi court ordered to arrest for failing to pay bail. Gakharia said the detention of the opposition figure could have exacerbated the already tense political situation in the country.