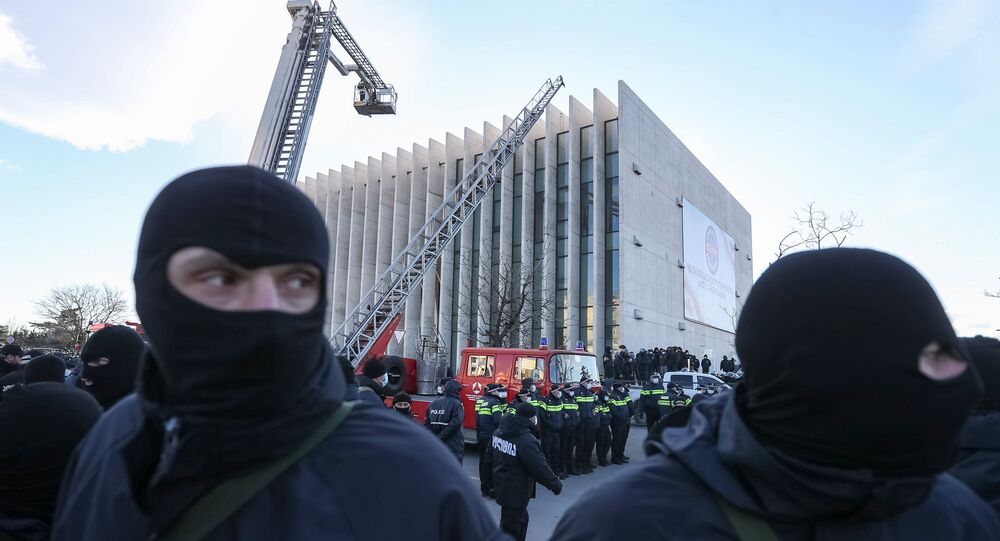 Earlier in the day, the Georgian Interior Ministry said that police detained Melia and over a dozen other activists based on a Tbilisi City Court decision. The media reported that police used tear gas during the party raid.

"Doctors provided first aid to 17 citizens. The condition of 15 of them was assessed on the spot as mild, while two citizens were transported to one of the capital's clinics," the ministry told reporters.

One patient has already left the clinic, and the second one will be discharged later in the day, the ministry added.

Melia was briefly arrested for leading riots and anti-Russian protests back in June 2019 and later released on 30,000 Georgian lari ($9,063) bail. He was forced to wear a monitoring bracelet but removed it publicly during another wave of opposition protests, which erupted in November 2020 in non-recognition of the general election results. This prompted a court to revise the conditions of Melia's release and impose a new bail, totaling 40,000 lari. The UNM chairman has refused to pay the bail.

After the court ruled to arrest him on 17 February, Melia barricaded himself inside the party office, under the guard of loyal supporters.

On 18 February, then-Prime Minister Giorgi Gakharia announced his resignation, citing his disagreement with the opposition figure’s pending arrest, which he warned could escalate the already tense political situation.