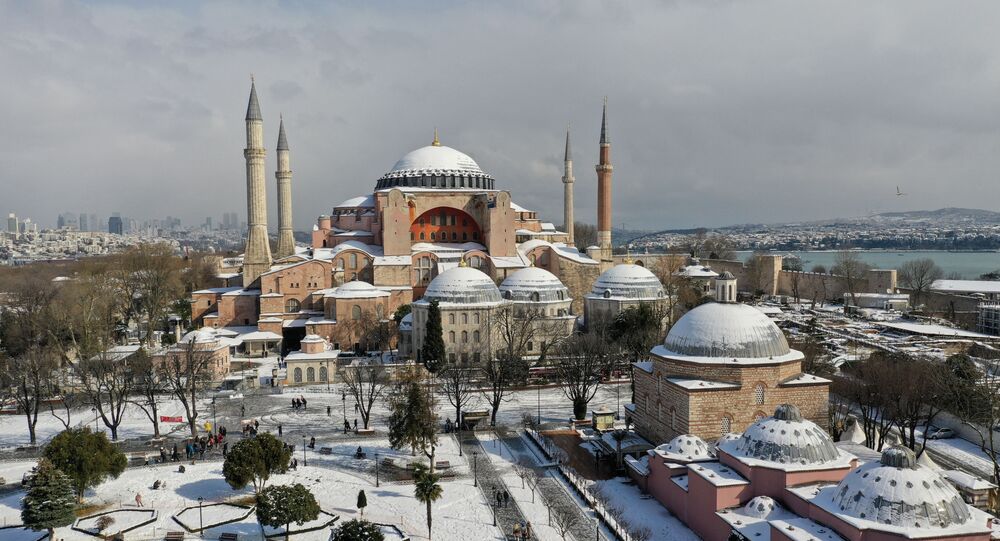 MOSCOW (Sputnik) – Russian Foreign Minister Sergey Lavrov does not believe that Turkey wants to create the Pan-Turkic entity of Great Turan and expressed doubts that the Turkic countries that were a part of the Soviet Union want that.

"If we speak about Great Turan as a supranational entity in the historic sense, I do not think that Turkey is pursuing such a goal", Lavrov told the RBC broadcaster on Friday, answering the question whether Moscow fears alleged support for the idea of Great Turan by such countries as Azerbaijan.

"I do not see how in fact the countries that were a part of the Soviet Union and became independent states may somehow support this idea," Levrova said.

"Vice versa, the whole pathos of their foreign policy and their practical moves are aimed at boosting their national interests", he added.

At the same time, the Russian foreign minister acknowledged that the Turkic countries – including Central Asian ones and Azerbaijan – were actively developing the cooperation.

Great Turan is a hypothetical entity that includes the territories populated by the Turkic peoples: from Turkey to Central Asia, and parts of China and Siberia. Turan was also the name of the huge empire created by Central Asian conqueror Amir Timur in the late 14th century.