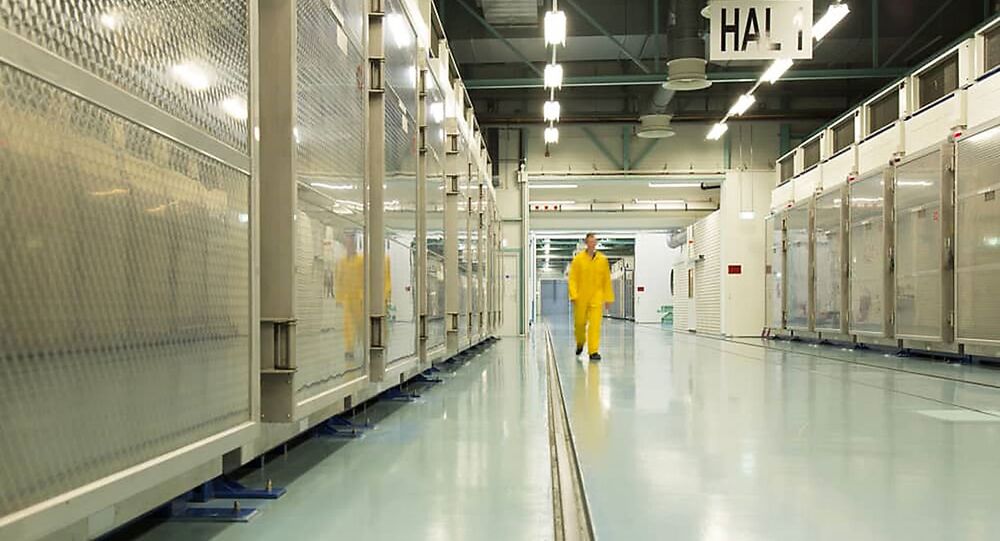 Iran has repeatedly underscored that its nuclear programme is purely peaceful, rejecting US allegations that the Islamic Republic seeks to obtain a nuclear weapon.

The sources referred to samples that allegedly contained traces of radioactive material, and which were taken by the inspectors during a visit to two sites in Iran last fall. The location of the sites was not disclosed.

The newspaper's sources claimed that this could indicate Iran is going ahead with efforts to obtain a nuclear weapon, adding at the same time that they "didn't know the exact nature of what was found".

Neither Tehran nor Washington has commented on the matter yet. Iran has repeatedly rejected accusations that it is seeking to make an atomic bomb, insisting that its nuclear programme is for peaceful purposes only.

The WSJ report comes a few days after Kazem Gharibabadi, Iran's permanent representative to the international organisation in Vienna, said that Tehran had begun installing advanced IR-6 centrifuges at its underground nuclear facility in Fordow. The said centrifuges are banned under the 2015 nuclear deal.

According to the envoy, Tehran had duly notified the IAEA and would not cut the inspectors' access to Fordow. This was preceded by the spokesman for the Atomic Energy Organisation of Iran (AEOI), Behrouz Kamalvandi, announcing in late January that at least 1,000 advanced IR2M centrifuges will be installed at the Natanz nuclear facility within three months.

The announcement followed Kamalvandi pointing out that the Islamic Republic had produced its first uranium product (UF6) since restarting enrichment to a 20 percent purity level. He also signalled Iran's readiness to enrich uranium beyond the 20 percent level in the immediate future.

"Our remedial action conforms fully with Para 36 of JCPOA, after years of noncompliance by several other JCPOA participants. Our measures are fully reversible upon full compliance by all", the Iranian foreign minister stressed.

© AP Photo / Vahid Salemi,File
Iran Increases Capacity to Enrich Uranium Amid US Plans to Reimpose Sanctions
Under the 2015 nuclear deal, international economic sanctions were lowered against Iran in exchange for its promise not to develop nuclear weapons and to accept strict limits on its production of refined uranium.

The Islamic Republic started to scale back its JCPOA obligations in May 2019, exactly a year after the US unilaterally withdrew from the agreement, also reinstating harsh economic sanctions against Iran.

In the latest development, White House spokeswoman Jen Psaki pledged that the United States will reciprocate in kind if Iran resumes its compliance with the JCPOA, which may serve as a platform for further negotiations