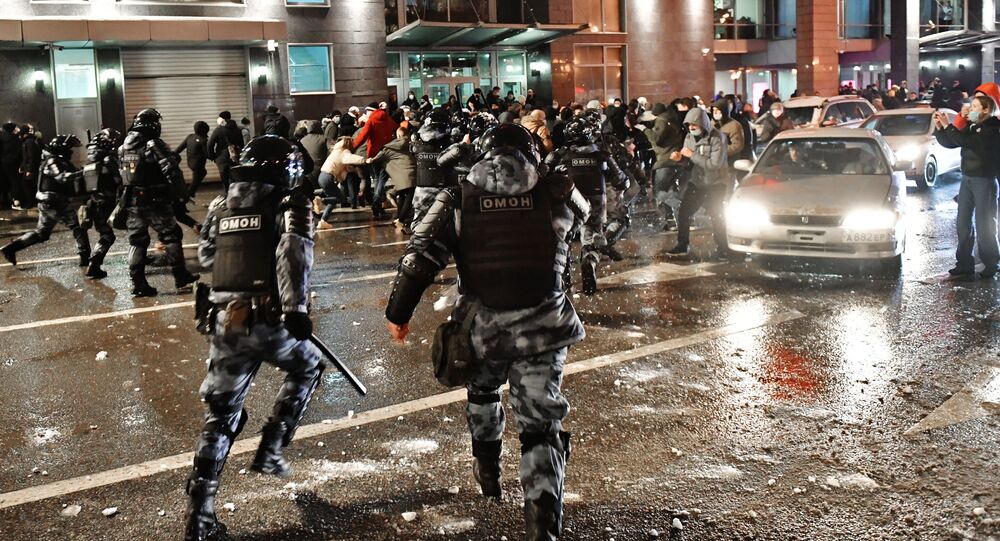 PETROPAVLOVSK-KAMCHATSKIY, Russia (Sputnik) - Russian presidential spokesman Dmitry Peskov has described the statements by the US embassy on Saturday's unauthorised protests in Russia as interference in the country's domestic affairs.

The US embassy claimed to monitor the unauthorised protests across Russia and accused the Russian authorities of suppressing free speech and free assembly.

"Of course, these are inappropriate statements. And, of course, by implication they are an outright interference in our domestic affairs," Peskov said during a televised appearance on state broadcaster Rossiya 1.

"If our embassy had reacted in such manner when the United States experienced civil unrest ... then, I guess, it would have caused a certain discomfort in Washington. I always feel like recommending our counterparts to imagine themselves in such a situation," the Kremlin spokesman continued.

Peskov added that he respects all viewpoints but is categorically opposed to citizens’ participation in unauthorised rallies, arguing that "there can be no other assessment, this is a violation of the law."

The spokesman went on to say that while many will say that the protests drew plenty of people, they paled in comparison to the number of Russians who vote for President Vladimir Putin.

"Putin does not have a palace in Gelendzhik. We have long known that so-called disclosures, pseudo-disclosures and informational attacks on the president were being prepared. They all aim to destabilise the situation. They do not correspond to reality, this is pure lies," Peskov said.

He went on to call viewers of the video, which has amassed tens of millions of views days after its release, to "turn on their heads" and to ask themselves: "what does Putin have to do with all this?"