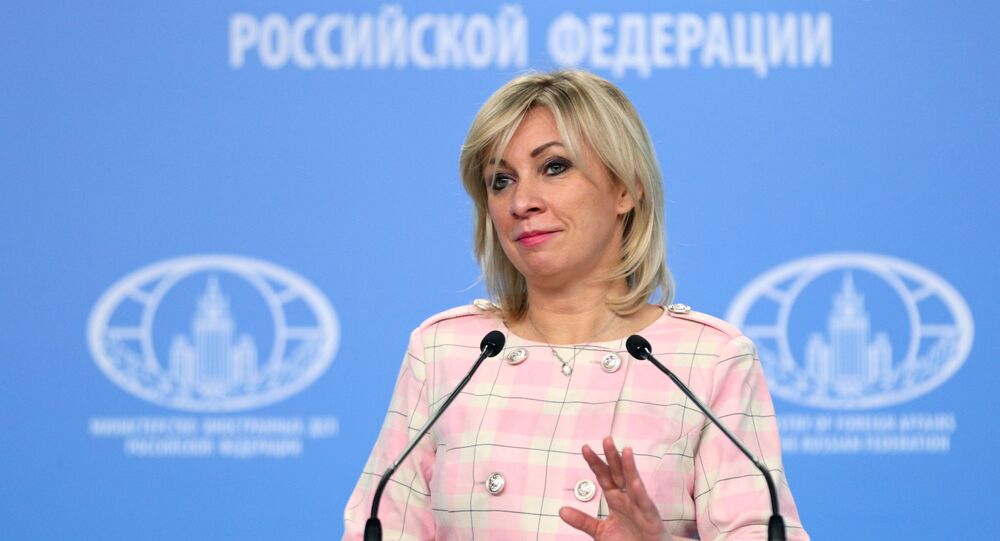 Earlier this week, a Russian language spokesperson with the US Department of State, Andrea Kalan, in a tweeted video expressed concerns about what she described as repression against independent media in Russia. According to the US diplomat, Russia passes bills to expand government powers on limiting the population's freedom of speech, in particular, new amendments to the law on foreign agents.

"This is absurd: at the moment when there is a battle on social networks, when some demand to unblock [the accounts of US President Donald Trump], others demand to permanently deprive even Trump supporters of the right [to have accounts] ... a campaign of oppressing people who have a point of view, which does not correspond to the incoming mainstream, began," Zakharova said live on the Rossiya 1 TV channel.

According to the Russian diplomat, Kalan's video address, which was only in Russian, targets exclusively a Russian-speaking audience because, were it was translated into English, the State Department would be stormed again.

Zakharova also said that in 2020, there were numerous attacks on Russian journalists, arrests and interrogations in the United States, noting that "the visits of the special services to Russian journalists have become a routine." At the same time, the corresponding notes of the Russian Embassy in Washington remain unanswered, she observed.

As for the law on foreign agents, the only ones who can elaborate on the issue are specialized international organizations, but, first of all, this is a question of Russian citizens, the spokeswoman added.

The amended law also envisages up to five years in prison if foreign agents gather information related to national security. Criminal liability will be envisioned for foreign agents who continue to violate established regulations even after being penalized under administrative laws.