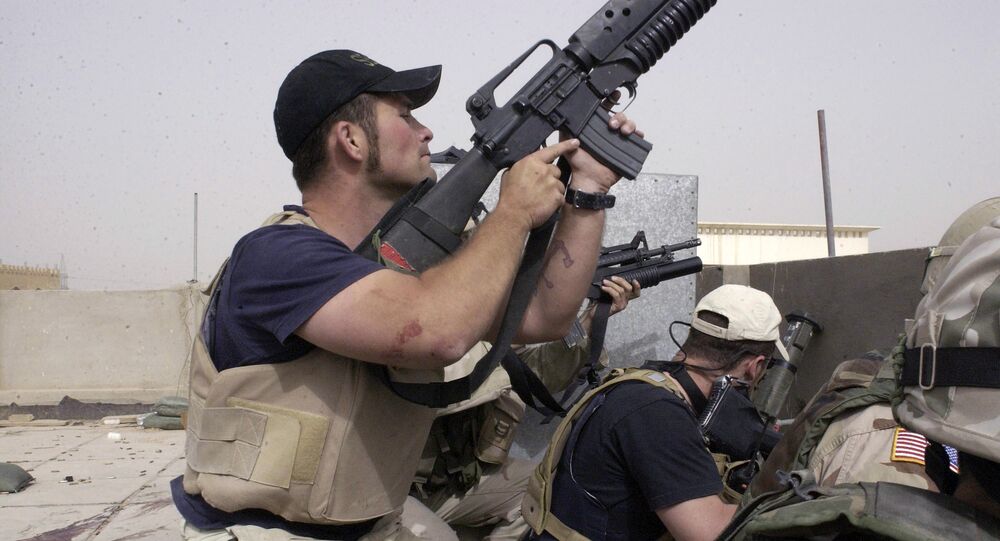 UNITED NATIONS (Sputnik) - President Trump’s decision to pardon four former Blackwater contractors convicted of killing innocent Iraqi civilians is an affront to justice and a violation of US obligations under international law, the Chair-Rapporteur of the UN Working Group on the use of mercenaries, Jelena Aparac, said in a statement on Wednesday.

“Pardoning the Blackwater contractors is an affront to justice and to the victims of the Nisour Square massacre and their families”, Aparac said. “The Geneva Conventions oblige states to hold war criminals accountable for their crimes, even when they act as private security contractors. These pardons violate US obligations under international law and more broadly undermine humanitarian law and human rights at a global level."

Aparac added that pardons and other forms of exculpation for war crimes open the door to future abuses when governments employ private security companies for inherent state functions.

On 22 December, Trump granted full pardons to four former Blackwater contractors convicted in connection with the death of 14 Iraqi civilians, including two children, in Baghdad's Nisour Square in 2007.

The four former contractors were convicted six years ago. Nicholas Slatten was serving a life sentence on first-degree murder charges while the others received sentences of between 12-15 years. The incident with Blackwater guards sparked an international debate about the role of private security companies hired by the US government to work in war zones.