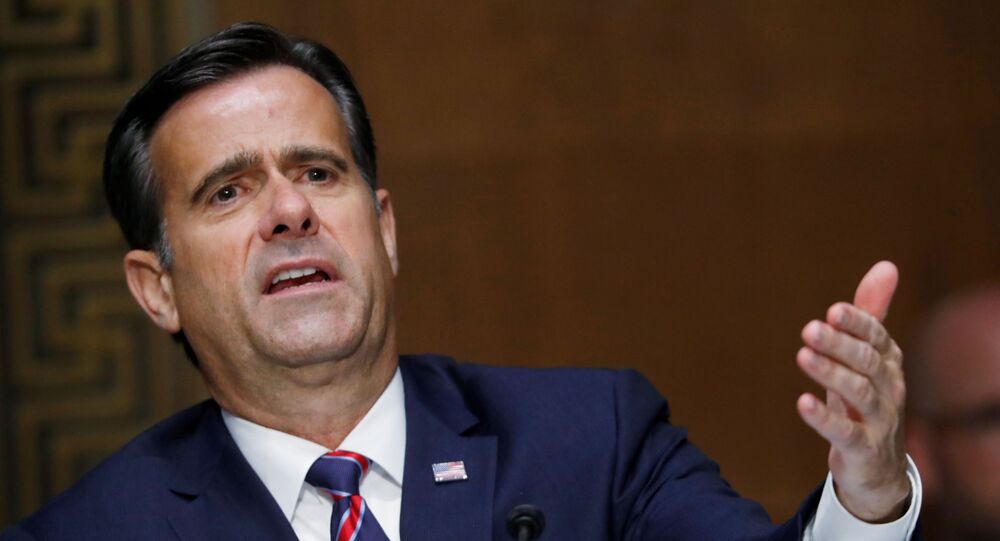 Russia earlier this year had one of its satellites manoeuvre close to a US government satellite in orbit, the DNI chief added.

"Russia has fielded a ground-based laser weapon which could disable or blind our space based sensors," Ratcliffe said at a National Space Council meeting.

"We consider this to be threatening behavior," he added.

He also said China, which poses the greatest national security threat, can destroy US satellites up to geosynchronous orbit (more than 22,000 miles above the earth).

The Intelligence Community is also setting up a new Space Council to intersect national security needs and capabilities with the US commercial sector and private industry, Ratcliffe added.

Kremlin spokesman Dmitry Peskov earlier this year said Russia has always been and remains committed to the full demilitarization of space.

Earlier this year, the Russian Foreign Ministry said the United States is accusing Russia of "chasing" a US reconnaissance satellite as an excuse to fuel an arms race in space that could lead to the destruction of the existing security balance.