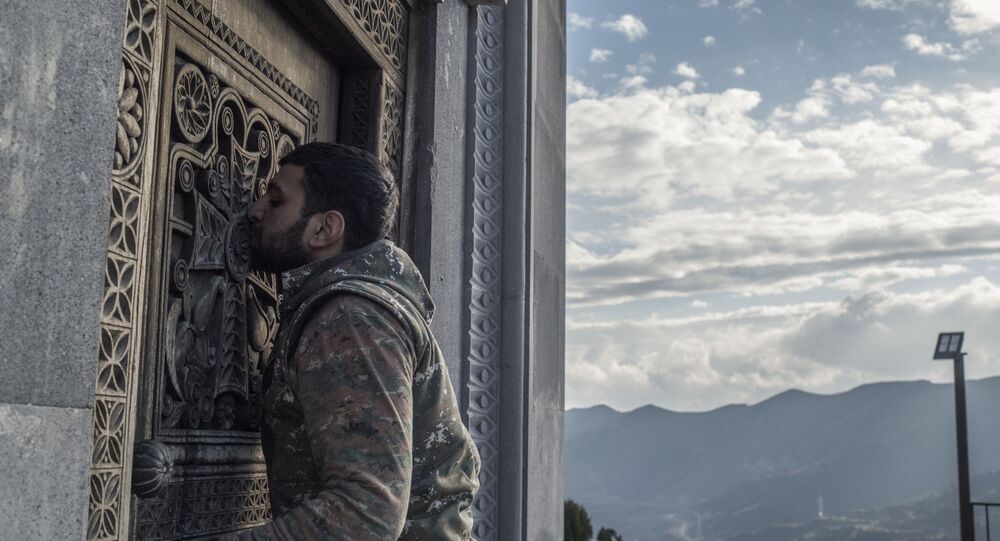 "Recent developments show that the 30-year-long occupation of Azerbaijani territory was not sustainable. Turkey has always been on the side of international law and legitimacy. As a member of the Minsk Group, we are committed to the support of all efforts at finding a lasting settlement to this conflict", Cavusoglu said at an OSCE Ministerial Council meeting.

The statement comes hot on the heels of a diplomatic source in Baku, Azerbaijan, saying that Erdogan would arrive in Baku to take part in a military parade on 10 December to celebrate the end of hostilities in Nagorno-Karabakh.

© Sputnik / Maxim Blinov
Attempts Being Made to Undermine Karabakh Trilateral Agreement, Azerbaijani President Aliyev Says
The Turkish Defence Ministry announced earlier this week that it had signed an agreement with Russia on creating a joint monitoring centre in Nagorno-Karabakh to control the implementation of the ceasefire. The centre is expected to start working in the near future, as relevant preparations are ongoing.

In November, Russian President Vladimir Putin, Armenian Prime Minister Nikol Pashinyan, and Azerbaijani President Ilham Aliyev signed a joint statement on the cessation of hostilities in Nagorno-Karabakh. The ceasefire agreement paved the way for the deployment of Russian peacekeepers to the region.