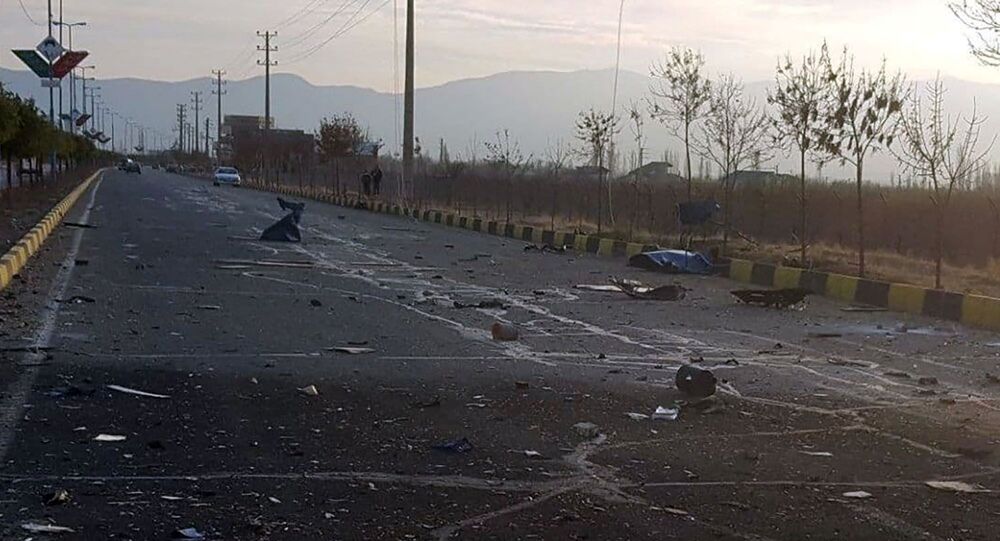 "China is shocked by the death of the Iranian scientist, and condemns this act of violence, hoping for a thorough investigation into this case," Hua told reporters.

According to the spokesperson, China opposes any action that exacerbates regional tensions and undermines regional peace and stability.

On Friday, Mohsen Fakhrizadeh, the head of the Iranian Defence Ministry's innovation centre, was killed in an attack near the northern Iranian town of Absard. According to media reports, the scientist was killed by a remote-controlled machine gun after he got out of his armoured car.

© REUTERS / WANA
A protester holds a picture of Mohsen Fakhrizadeh, Iran's top nuclear scientist, during a demonstration against his killing in Tehran, Iran, November 28, 2020

Iranian Foreign Minister Javad Zarif and several other high-ranking Iranian officials accused Israel of being behind the assassination, urging the international community to condemn the act. On Saturday, Iranian President Hassan Rouhani said that the crime would not go unanswered, prompting Israel to reinforce security provisions in its foreign diplomatic missions.

Israeli Prime Minister Benjamin Netanyahu's office said that it would not comment on the Iranian statements regarding the alleged Israeli engagement in Fakhrizadeh's assassination.