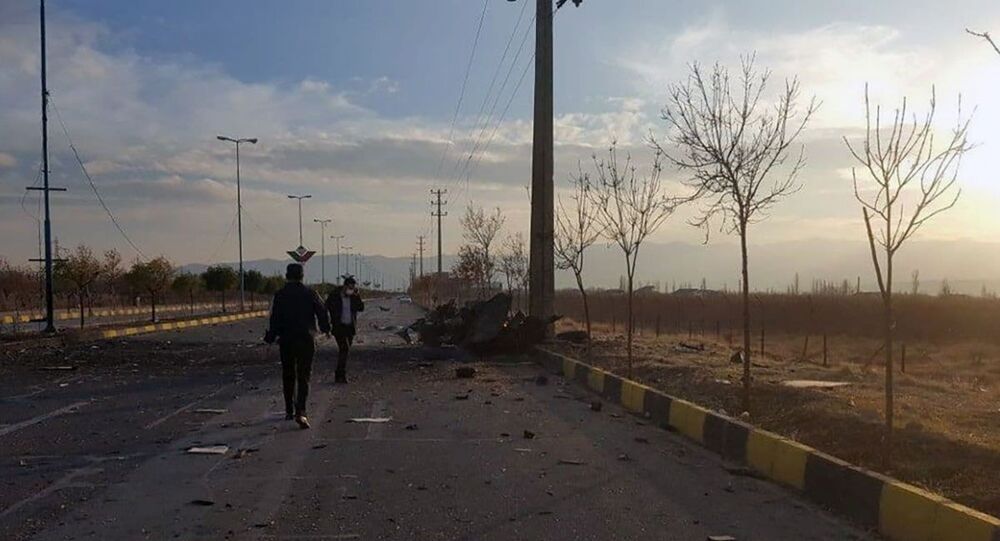 On Friday, top-ranking Iranian nuclear scientist Mohsen Fakhrizadeh was killed in the town of Absard near Tehran. Iran condemned Fakhrizadeh's assassination as an act of terrorism, which Foreign Minister Zarif blamed on Israel.

Israeli embassies around the world have increased their level of alert, Israel's N12 News reported. According to the media outlet, Jewish communities throughout the world were also advised to stay vigilant.

The report comes as Iranian Supreme Leader Ali Khamenei strongly condemned the killing of Iranian nuclear physicist Mohsen Fakhrizadeh, calling for the perpetrators of the crime to be punished.

In a tweet, Khamenei added that the scientific work Fakhrizadeh was involved in will continue to be pursued.

​Nuclear physicist Mohsen Fakhrizadeh, the head of Iran's research and innovation centre, was assassinated on Friday in a gun and bomb attack in Absard, a city situated about 175 km east of Tehran.

Iranian President Hassan Rouhani on Saturday accused Israel of being behind the killing, echoing Iranian Foreign Minister Mohammad Javad Zarif, who also stated that the murder appeared to have involved Israel. The Israeli authorities have so far made no comment on the scientist's assassination.

In 2018, Israeli Prime Minister Benjamin Netanyahu singled out Fakhrizadeh in a televised presentation on the so-called "Iranian nuclear archive" as among the people who threatened his country the most.

The scientist allegedly headed the so-called AMAD programme, which was purported to be a nuclear weapons development project. Iran has repeatedly denied having any military nuclear programme, stressing that it only uses atomic energy for peaceful purposes.