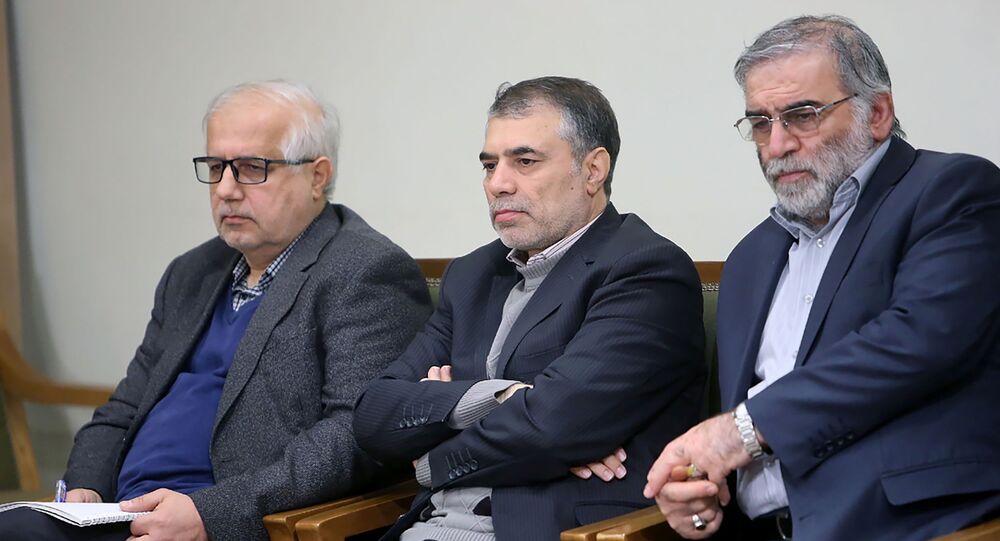 The Iranian government suspects that the assassination was performed by Israel's Mossad intelligence agency, though Tel-Aviv has neither confirmed nor denied the allegation.

The United Nations has called for exercising restraint and avoiding escalation in the Middle East region following the recent assassination of Mohsen Fakhrizadeh, Iranian nuclear physicist and head of the Defence Ministry's research and innovation centre.

Fakhrizadeh was killed in the town of Absar, not far from Tehran, at about 2.30 pm local time (11:00 GMT), as an explosive-laden car detonated near his vehicle, followed by a shooting, the Iranian defence minister confirmed. He was taken to hospital by helicopter, but did not survive the injuries.

"We have noted the reports that an Iranian nuclear scientist has been assassinated near Tehran today. We urge restraint and the need to avoid any actions that could lead to an escalation of tensions in the region", the deputy spokesman for the UN Secretary-Genera, Farhan Haq, said on late Friday.

Iranian officials link Fakhrizadeh's assassination to Israel, as Foreign Minister Javad Zarif hinted on his Twitter that there is "serious indications of an Israeli role" in the murder of the scientist. Allegations are probably partly connected to the fact that at a press conference in 2018, Prime Minister Benjamin Netanyahu mentioned Fakhrizadeh among the persons he considered to be the most dangerous for Israel when speaking on the so-called "Iranian nuclear archive".

Zarif said that "once again, Iran is a victim of terrorism" and called on the international community to give up on their "double standards" and denounce the assassination of Fakhrizadeh.

Israel has long been accusing Iran of secretly developing nuclear weapons, and in particular, Tel Aviv suspected that Fakhrizadeh headed a secret unit within the country's military working on a nuke. Tehran has repeatedly said that its nuclear programme served purely peaceful purposes. At the same time, Israel itself has been suspected of possessing nuclear weapons.

While Tel Aviv has neither confirmed or denied being behind the assasination, Iran's Supreme Leader Ayatollah Ali Khamenei has vowed to take revenge for the prominent scientist, siding with Zarif in blaming Israel for his murder.