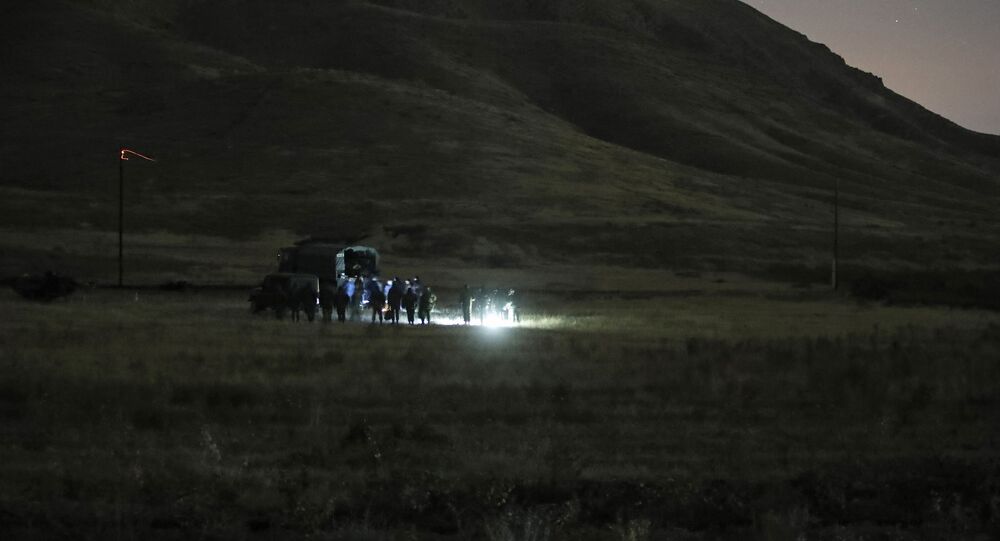 The Azerbaijani side admitted earlier in the day it had accidentally shot down the Russian helicopter on the Armenian-Azerbaijani border, apologising for the incident and expressing its readiness to pay compensation to Russia.

Moscow positively assesses the fact the Baku has admitted its responsibility in Mi-24 helicopter incident, the Russian Foreign Ministry said on Monday.

"We assess positively the fact that Baku immediately admitted its guilt. We also note the assurances given to us by the Azerbaijani side that a prompt investigation of this incident will be carried out and those guilty will be punished", the Russian ministry said.

The Azerbaijani Prosecutor General's Office said on Monday that it had launched an investigation into the downing of the Mi-24. According to the Azerbaijani side, the aircraft was flying at a low altitude, outside the radar detection zone.

Armenia's Prosecutor General's Office also said it has opened a criminal case in connection with the incident.

Earlier, the Russian Defence Ministry said its Mi-24 helicopter had been shot down from a man-portable air defence system (MANPADS) in the Armenian airspace outside the combat zone. Two crew members died, one was evacuated with moderate injuries.