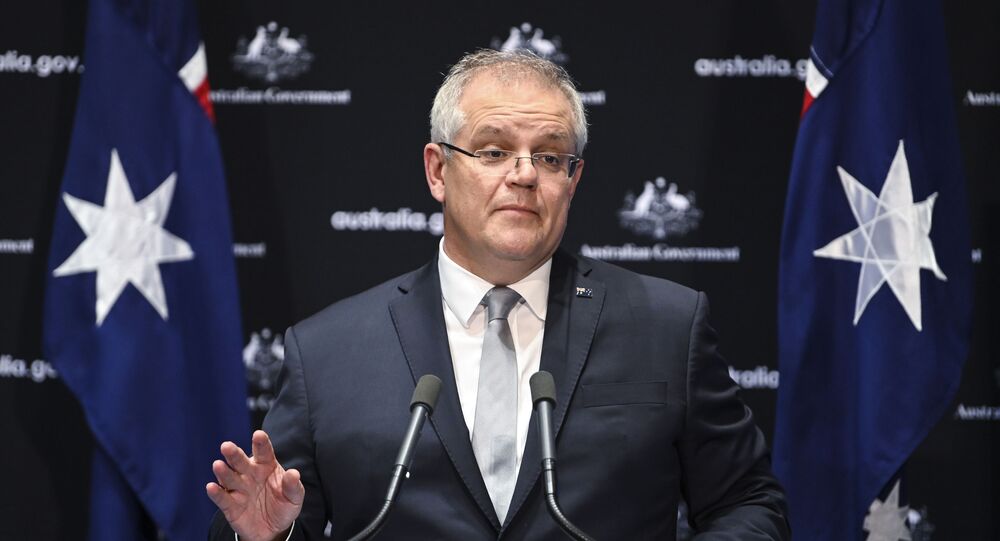 Australia to Welcome US Back Into Paris Climate Accord Under Biden, PM Says

"We would be welcoming the United States back into the Paris Agreement, somewhere we have always been", Morrison said, as quoted by the newspaper The Australian.

The prime minister, who had earlier congratulated Biden on the latter's projected victory, added that Australia had met its Kyoto targets, and "will do the same when it comes to our Paris commitments as well".

"Australia will always set its policies based on Australia's national interests and the contributions that we are making in these areas", he added.

The Paris climate deal, which came into force on 4 November 2016, aims to keep the increase in average global temperature at below 2 degrees Celsius (3.6 degrees Fahrenheit) above pre-industrial levels by reducing greenhouse gas emissions.

© AP Photo / Andrew Harnik
Slip of the Tongue? Trump Calls Macron France's Prime Minister While Bashing Paris Climate Accord
Last week, the Trump administration officially pulled out of the Paris deal. Biden, declared the winner of the 3 November election by the US media, has pledged that he will rejoin the deal and lead the country toward carbon neutrality by 2050.

Biden's statements have contributed to the pressure on the Australian government to boost efforts to curb carbon emissions and commit to carbon neutrality by mid-century.