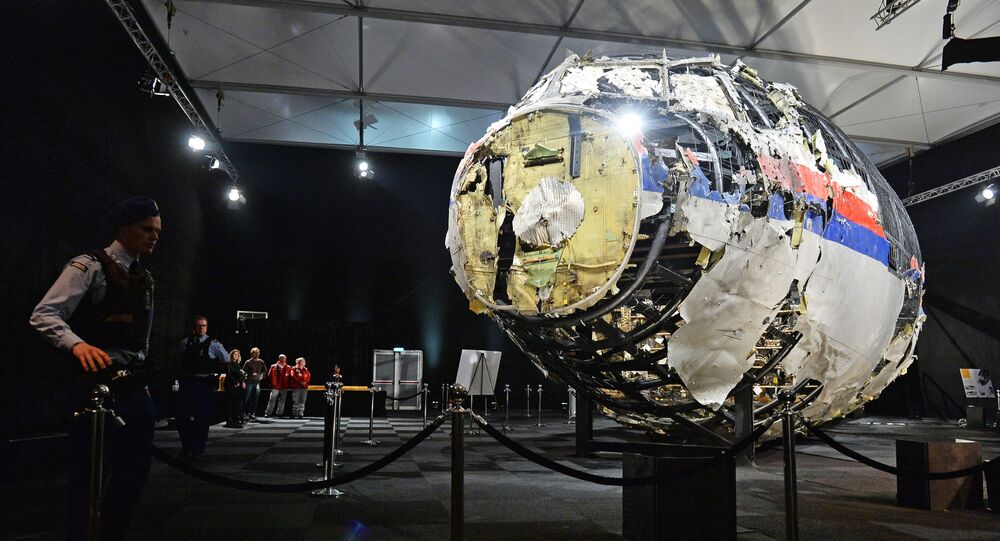 MOSCOW (Sputnik) - Oleg Pulatov, a Russian national who is a defendant in the ongoing legal proceedings concerning the 2014 downing of Malaysian Airlines flight MH17 in eastern Ukraine, has said that he had no link to the operation, storage, or transportation of the Buk surface-to-air missile system allegedly used to shoot the plane down.

During proceedings at a court in the Netherlands on Tuesday, Pulatov's defense lawyers showed two videos, one from this past February and the other from 22 October, of the defendant fielding questions from his counsel.

"No, I did not take any part, and I don't even know if the militia had such a Buk system. At that time, I was carrying out reconnaissance tasks in the Stepanivka-Marynivka area with my unit. These are settlements in the east of the Donetsk People's Republic," Pulatov said in response to a question regarding his alleged involvement in transporting or storing a Buk missile system from July 16-18, 2014.

Pulatov added that it was known by his unit that there was a Buk missile system belonging to the Ukrainian armed forces stationed in the settlement of Zaroshchenske.

The Russian national also expressed his condolences to the families of the victims, and said that he hoped those who were truly responsible for the jet's downing would be brought to justice.

Pulatov is one of four defendants, along with Igor Girkin, Sergey Dubinsky, and Leonid Kharchenko, currently on trial at a court in the Netherlands in relation to the downing of flight MH17.

Kiev and the self-proclaimed republics in Donbass have accused each other of shooting down the aircraft, which was en route from Amsterdam to Kuala Lumpur.

The Russian authorities have criticized the Dutch investigation for ignoring radar data presented by Moscow, which it says shows that the plane was shot down by a Ukrainian Buk missile.

All 298 people on board the aircraft died in the incident that took place on 17 July 2014.