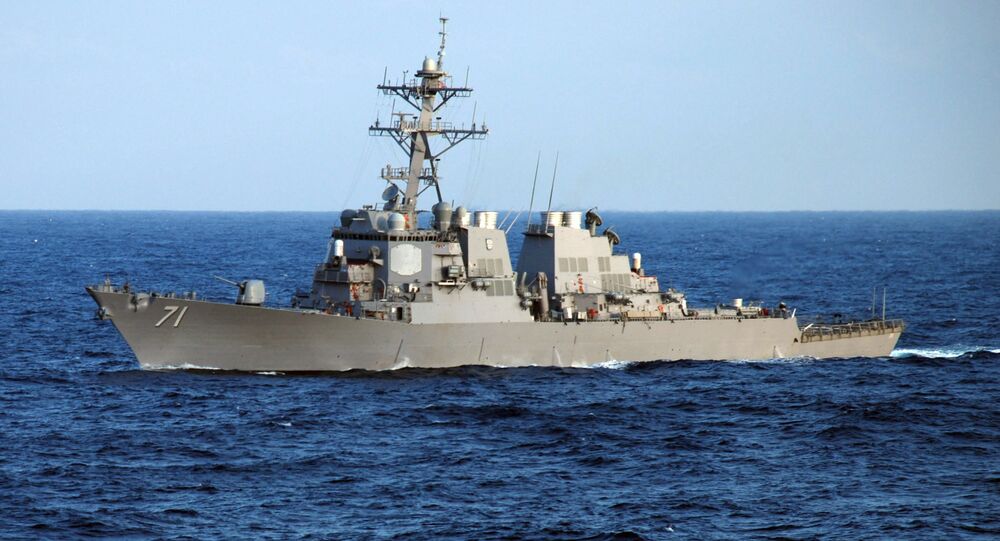 MOSCOW (Sputnik) - The United States' guided-missile destroyer USS Ross (DDG-71) has returned for a mission to the Barents Sea, the 6th Fleet of the US Naval Forces Europe-Africa said in a statement on Tuesday.

"Arleigh Burke-class guided-missile destroyer USS Ross (DDG 71) returned to operate in the Barents Sea, Oct. 19, 2020. Ross’ return to the Arctic marks the third time this year that U.S. Navy destroyers have operated in the Barents Sea," the statement read.

"This Barents Sea mission marks a significant milestone, clearly demonstrating our dynamic ability to operate anywhere in the world. These operations demonstrate the commitment of our crew to transatlantic stability and security," John D. John, the destroyer's commanding officer said, as cited in the statement.

Russian Defence Minister Sergei Shoigu has said in response to NATO's drills in the Barents Sea that the western military bloc was aiming to return to the Cold War confrontation and that Moscow was concerned about NATO’s attempts to demonstrate power, including by intensifying reconnaissance missions and drills close to the Russian borders.