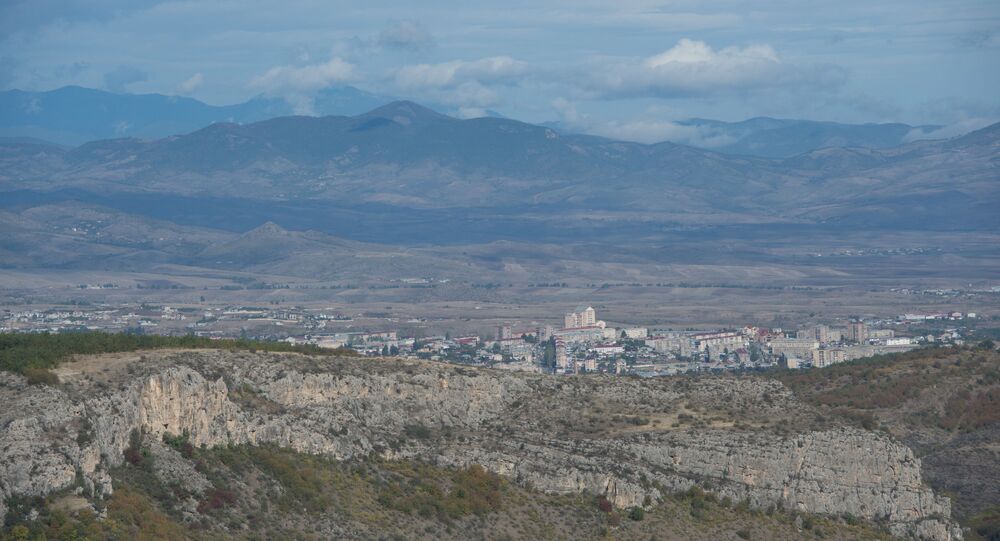 Azerbaijan and Armenia have been engaged in hostilities over the past several days after both sides accused each other of violating the armistice in the disputed Nagorno-Karabakh region.

Hovhannisyan added that the attack resulted in injuries among civilians and rescue services as well as the destruction of infrastructure in the city.

The Armenian Unified Infocenter account, managed by the Armenian government, later tweeted that ten rescue service staffers were injured in the shelling.

​Sputnik correspondents working on the scene reported several explosions in the breakaway republic's capital. A video allegedly showing the attack in Stepanakert has been shared online. In the footage, a white pillar of smoke is seen rising into the sky.

Armenia and Azerbaijan have been engaged in a conflict over the Armenian-majority region of Nagorno-Karabakh after it proclaimed independence from what was the Soviet Republic of Azerbaijan in 1991.

Tensions flared up on Sunday, after the two sides blamed each other for initiating attacks against civilian population points in the region.

Russia, France, and the United States issued a joint statement on Thursday on the Nagorno-Karabakh conflict, urging the parties to resume negotiations immediately.