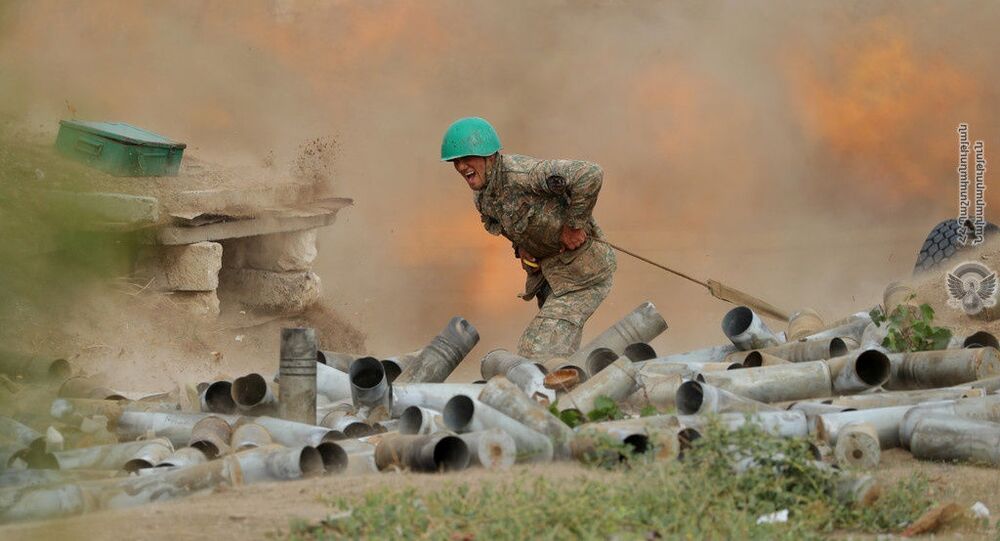 On Thursday, Russia, France, and the United States issued a joint statement condemning the ongoing hostilities between Armenia and Azerbaijan over the Nagorno-Karabakh region and urged the parties to resume negotiations immediately.

The decades-old tensions between Armenia and Azerbaijan escalated on Sunday when the two sides accused each other of carrying out provocations along the line of contact in Nagorno-Karabakh, a self-proclaimed republic that declared its independence from what was then Soviet Azerbaijan in 1991.

The co-chairs of the OSCE Minsk Group, which has been working on finding a peaceful resolution to the conflict since the early 1990s, have called on the parties to cease fire and return to the negotiating table.

Meanwhile, Turkey has supported Baku, promising aid "in talks and in combat", and warning that any aggression against Azerbaijani territory is an attack against Ankara.

Russia and France have also raised concerns amid reports that illegal armed militants were being transferred to the Nagorno-Karabakh conflict zone from Libya and Syria to participate in the local hostilities. French President Emmanuel Macron on Thursday announced that a group of Syrian militants from jihadist groups had been deployed in the Nagorno-Karabakh region, as they were flown out of Turkey to Baku. He promised to discuss the issue with his Turkish counterpart Recep Tayyip Erdogan in the coming days.