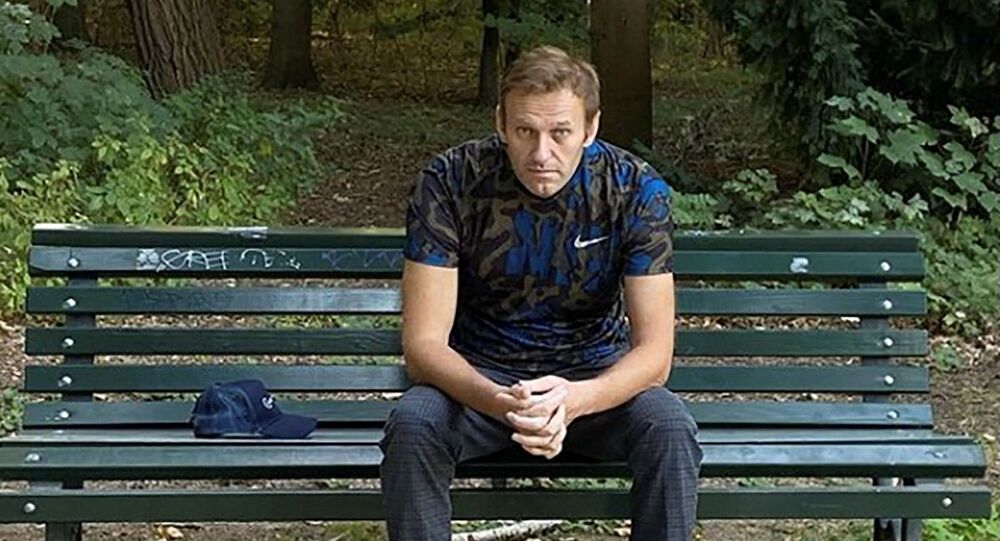 WASHINGTON (Sputnik) - The US House Foreign Affairs Committee advanced a resolution on Thursday that calls for taking action over the alleged poisoning of Russian opposition figure Alexei Navalny.

The resolution also raises the possibility of sanctions against anyone the US determines was involved in the incident.

© Sputnik / Maxim Blinov
Moscow Invites OPCW Experts to Russia to Work With Russian Pros on Navalny's Case - Foreign Ministry
The measure is not binding power but would express the collective sentiment of the House on the matter.

The panel also approved draft resolutions calling for harsher sanctions against Russian businessman Yevgeniy Prigozhin and the release of US citizen Trevor Reed, who was sentenced to nine years in prison by a Moscow court for allegedly assaulting a police officer.

Russian opposition figure Alexei Navalny was flown to Berlin in August after what his supporters said was a poisoning. German authorities said that traces of a nerve agent were found in his system. However, doctors in Russia said they found no signs of toxins prior to his departure. Moscow denied any involvement and has repeatedly asked for evidence to be handed over to no avail.