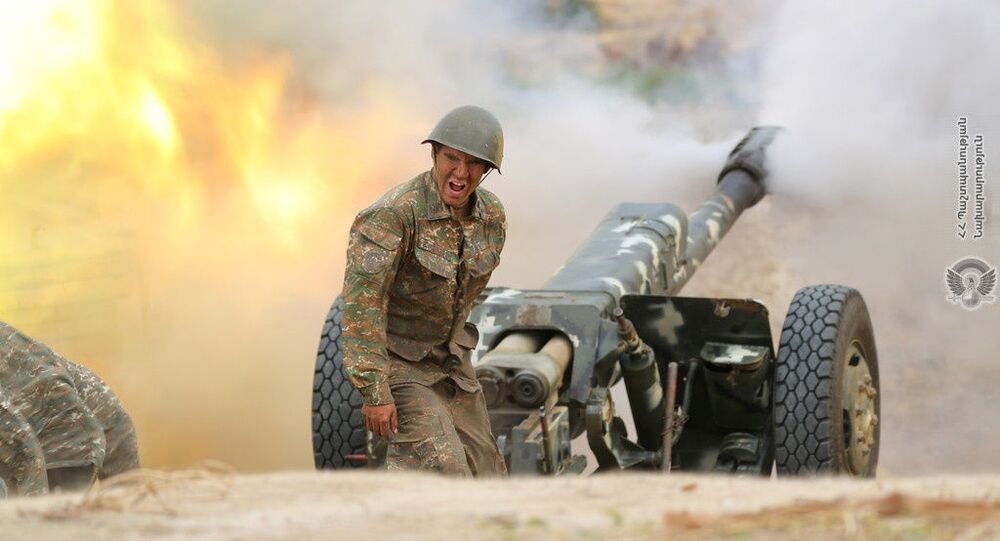 The long-existing tensions between Armenia and Azerbaijan escalated into a direct confrontation on Sunday after the two sides accused one another of sparking clashes in Nagorno-Karabakh, an Armenian-majority region that proclaimed independence from what was then Soviet Azerbaijan in 1991 and has since remained internationally unrecognised.

Both Armenia and Azerbaijan report continuing clashes in the Nagorno-Karabakh region, with the number of casualties, civilian and military, on both sides rising. As the fresh round of hostilities, which started on 27 September, with Azerbaijan and Armenia accusing each other of carrying out provocations, Armenia and Nagorno-Karabakh declared martial law and general mobilisation, while Azerbaijan declared partial martial law and partial mobilisation.

The international community has called on the two sides to de-escalate tensions, cease the fire and return to the negotiating table. The UN Security Council expressed support for the central role of the Organisation for Security and Cooperation in Europe Minsk Group co-chairs and urged the sides to work closely with them.

Nagorno-Karabakh, an Armenian-majority autonomy, proclaimed independence from what was then Soviet Azerbaijan in 1991. A major conflict between Baku and Yerevan ravaged the area until 1994 when the sides agreed to stick to the peace process mediated by the OSCE Minsk Group. However, no solution has been reached since then and the conflict has remained frozen.