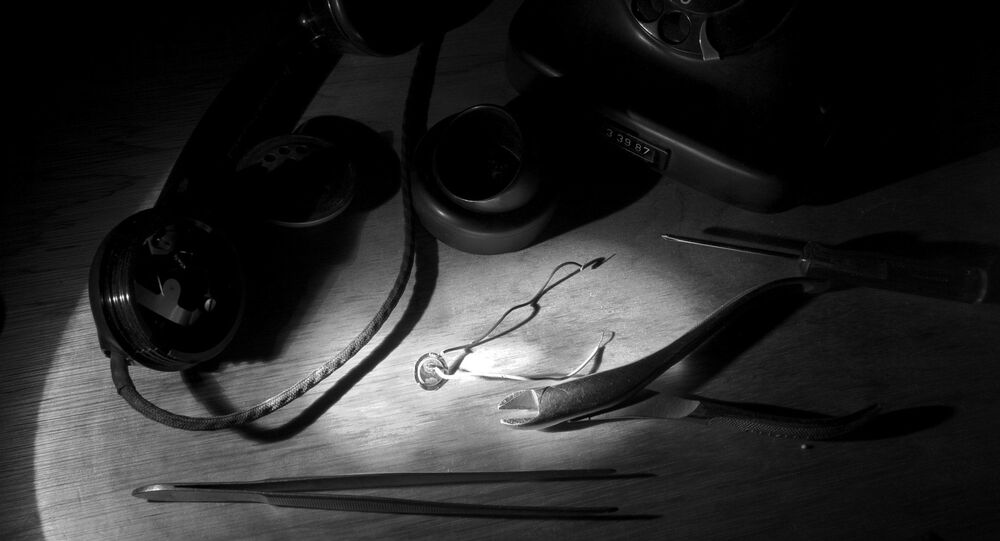 The newly-published book offers an exhilarating true-life espionage story based on the remarkable life of a woman who successfully “evaded the Chinese, the Japanese, the Nazis, MI5, MI6, and the FBI” and survived to write her memoirs and even promote them.

An elegant British housewife and mother- of- three, Mrs Len Burton, who lived in Oxfordshire hamlet Great Rollright, was apparently renowned for her perfect scones and a faint intriguing accent that added to her charm.

Nothing else hinted at the remarkable secret the woman who seemed to epitomize rural domesticity concealed so successfully for years. Mrs Burton was really Colonel Ursula Kuczynski of the Red Army — aka Agent Sonya, writes best-selling biographer Ben Macintyre in a new book, entitled “Agent Sonya : Lover, Mother, Soldier, Spy”, cited by the Daily Mail.

I’m delighted to reveal the jacket for my new book AGENT SONYA: LOVER, MOTHER, SOLDIER, SPY - published by @VikingBooksUK on the 17th September.

You can pre-order a signed exclusive edition from @Waterstones: https://t.co/dM5fZd8hAI pic.twitter.com/zlUdicS1FN

​Published on 17 September, the book has been touted as based on unparalleled access to the former spy’s diaries and correspondence, and never-before-seen information on her clandestine activities.

​Having moved to the village when she was in her late 30s, with her three children and husband Len just after the end of World War II, she swiftly adapted to village life.

None of the locals ever suspected the tremendous secret the woman was hiding so masterfully.

German-born “Sonya” was a dedicated communist, decorated Soviet intelligence officer and highly trained spy who had conducted espionage operations in China, Poland and Switzerland before coming to Britain on Moscow's orders to take on active duty.

In the privy, writes the author, she concealed a radio transmitter tuned to Soviet intelligence headquarters.

Drawing on her own autobiography, Macintyre writes that Ursula Kuczynski grew up in a family of Left-wing Jewish intellectuals in Berlin, having committed herself to communism as a teenager.

She married Rudolph Hamburger, an architect, who was offered a job in Shanghai, China, where Ursula was recruited by Richard Sorge, an agent of Soviet intelligence, thus dawn into his espionage ring, and embarking on a double life with her unsuspecting husband and their newborn son.

Macintyre suggests that the woman became a spy on ideological grounds, but also driven by “an extraordinary combination of ambition, romance and adventure”.

In 1934, Ursula went to Moscow for a seven-month training period, where she mastered Morse code, how to build and operate a radio receiver, and other spying skills. She subsequently returned to China. There, according to the book, she was teamed with a spy named Johann Patra, who became her lover and the father of her second child.

Her task was to supply communist insurgents, smuggling radio parts inside her child’s teddy bear.

In 1938, on the eve of the war, Ursula and Rudolph went to Switzerland.

According to the book, Kuczynski had been tasked to assassinate Hitler at his favorite restaurant, Osteria Bavaria, in Munich.

The Soviet spy, however, stopped short of "transforming world history", according to Macintyre, as the Soviet Union and Nazi Germany signed a non-aggression pact, and the order from Moscow said: “Cease all activities against Germany.”

"We have at last, in @BenMacintyre1’s “Agent Sonya,” the tale of a fully fleshed-out female spy... For this panoramic account of espionage from Weimar Germany through the Cold War is, above all, a woman’s story." https://t.co/xjjSWKLARK

​Ursula found herself facing a huge problem as she was in Switzerland on a German passport.

According to the author, to avoid being sent back to Germany where she faced certain death at Nazi hands, “Agent Sonya” divorced her husband and married a fellow spy, a working-class Englishman who had fought in Spain.

The attractive Len Burton was 25, seven years younger than her, and became the father of her third child.

After receiving a British passport, in 1941 Ursula settled outside Oxford, and after Hitler invaded Russia, she resumed working for Moscow, having by then been promoted to colonel.

"Agent Sonya" had no problem switching from one identity to the other, as Mrs Burton had a lovely home, children and friendly neighbours.

However, as part of her spying activity, she would use a camera for producing microdots and a radio transmitter in her bedroom cupboard, while also employing a network of sub-agents.

While her children were fast asleep, Ursula would transmit reports to Moscow based on information gleaned from her source, nuclear physicist Klaus Fuchs, often about Britain's atomic bomb research.

Anything that the spy could not transmit in code she would leave in a hollow tree root for “Sergei” from the Russian Embassy to pick up.

Amazingly, Agent Sonya managed to evade being caught, despite having her post intercepted, telephone tapped, being watched, and interviewed by MI5.

After Fuchs was arrested and confessed to spying for the Soviet Union, she fled the country with her children for East Berlin. Fuchs was jailed for 14 years in 1950.

It was only after Ursula Burton found herself behind the Iron Curtain that she apparently gave up the espionage game.

Thus, concludes the author, after twenty years of leading a double life. The spy was “allowed to come in from the cold”.

“She lived several whole lives in one very long one, this woman of multiple names, numerous roles and many disguises,” Macintyre concludes.

I'm delighted that AGENT SONYA is published today and I can't wait for you all to discover this incredible story of the greatest female spy in history. Here I am signing plenty of copies for @Waterstones last week.

​The remarkable story of the Soviet spy has been told before by "Agent Sonya" herself, who successfully navigated all the dangers of her fascinating life journey and lived to write her own memoirs, even returning to Britain to promote them.