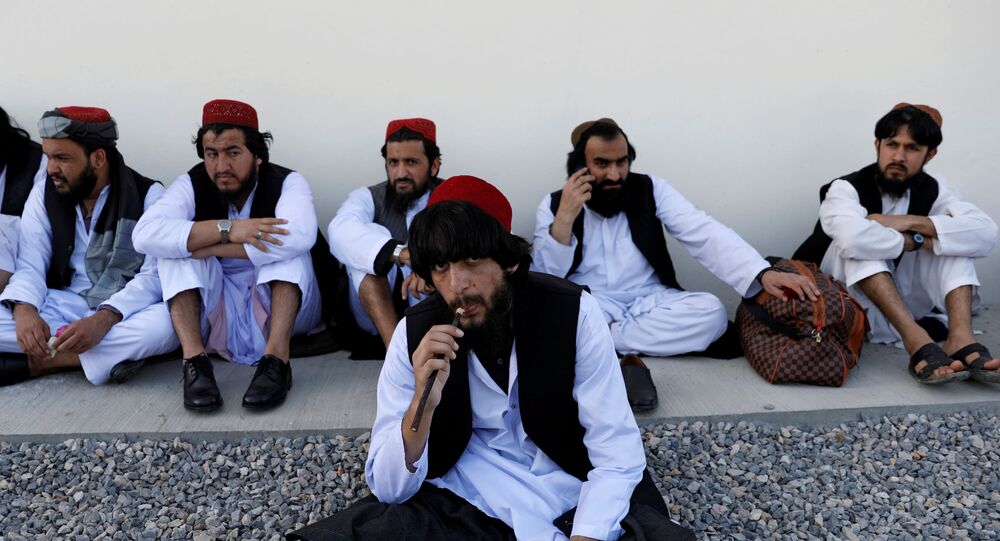 BEIRUT (Sputnik) - Washington has not requested that the Taliban militant movement provide any information about its alleged collusion with Russia, as the US knows that these are just allegations, Taliban Political Office spokesman Suhail Shaheen said.

Shaheen has refuted as groundless the claims about Russia's bounties allegedly paid to the Taliban for murdering US servicemen in Afghanistan.

"The American side has not asked about this because they also know this is not a reality, it is not true, it is fake, so they have not asked about that. Right now we have a military communication channel, if there is any kind of violation, we send them our statements and memos ... and they also send us. But about this particular topic, they have not asked us," Shaheen said when asked whether US special services had requested any information and whether the Taliban had agreed to cooperate on the matter.

The Taliban militant movement does not purchase weapons from Moscow, as they have only political relations, Taliban Political Office spokesman Suhail Shaheen said, noting that the movement, already having stocks of arms, also buys equipment from the Afghan army.

"I reject this allegation, this claim, it is not true. We have relations with Russia, but these are political relations. Our political office [in Doha] has relations with Russia, as it has relations with neighboring countries and other regional countries, it is only at that level. We do not have military relations with them, so we totally reject this. This is also part of the campaign to sabotage the peace agreement. Regarding our weapons, we have stock of weapons inside Afghanistan, and we also purchase arms from the Kabul administration army. Once there was a report that hundreds of thousands of their pieces of weapons have been lost and stolen. So, all this we really purchase from them, we capture from them [in clashes], so, we have a lot of ammunition, all from the Kabul administration," Shaheen said.

The Taliban also has relations with the Russian Foreign Ministry, the spokesman added.

"We have relations with the Foreign Ministry of the Russian Federation. It is open, and if we have meetings with them, they are posted on social media. We had also … talks and gatherings in Moscow, it was open to all of the media, so, these relations are open and you know about this," Shaheen said.

Moscow is actively engaged in the effort toward lasting peace in Afghanistan. It has hosted several rounds of consultations over the past few years.

"They have played an important role in the past by convening the gathering of Afghans in Moscow, we were for the first time [taking part in talks]," Shaheen said.

Kabul's Failure to Release Taliban Prisoners May Lead to Escalation

The Afghan government's failure to release the 5,000 Taliban prisoners, in compliance with the Doha Agreement, could result in the resumption of clashes, and only the Kabul administration will be to blame for the escalation, Suhail Shaheen said.

The Loya Jirga, a gathering of Afghan elders that started in Kabul on Friday, will be creating obstacles to the release of the 5,000 Taliban prisoners who should be freed from Afghan jails as a precondition for the intra-Afghan peace negotiations, Suhail Shaheen stressed.

"I think this Loya Jirga is convened by the Kabul administration. In our will, it is not legitimate, so their decision is also not legitimate ... It is clearly mentioned in the Doha Agreement that before the beginning of the intra-Afghan negotiations, 5,000 our prisoners should be released. So there is no need for Loya Jirga. The Loya Jirga is convened only to create obstacles in the way of releasing these prisoners," Shaheen said.

The Taliban spokesman stressed that the Doha Agreement was the "proper mechanism" for the solution of the Afghan crisis.

Ahead of the Friday meeting, US Secretary of State Mike Pompeo called on the Loya Jirga to release the remaining Taliban prisoners to enable the eventual resumption of the peace talks.