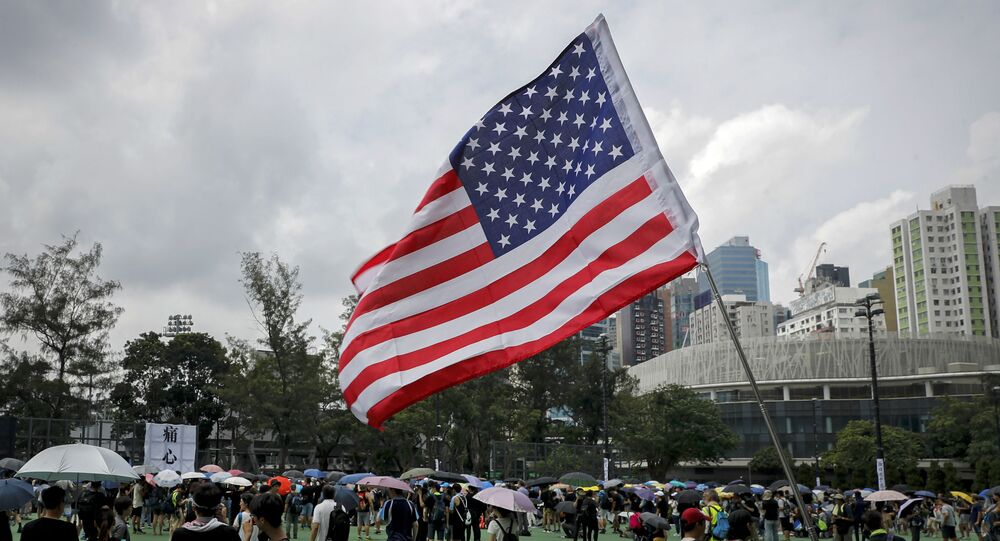 BEIJING (Sputnik) - The government of Hong Kong has called the US sanctions against 11 high-ranking officials from mainland China and Hong Kong despicable and shameless, according to the statement on the government website.

"The Hong Kong Special Administrative Region (HKSAR) Government has today (August 8) vehemently criticised the so-called "sanctions" by the United States (US) Government against 11 officials of the Central People's Government and the HKSAR Government as shameless and despicable," the government said in a statement.

The government of Hong Kong is ready to support Beijing in case of retaliatory measures against the United States for sanctioning 11 Chinese high-placed officials.

"Hong Kong is an inalienable part of the PRC. Upholding and implementing the principle of 'One Country, Two Systems' meets the interests of Hong Kong people and represents the shared aspiration of all Chinese people," the government said in a statement ... We will fully support the Central Government to adopt counter-measures," a government spokesman said in a statement.

On Friday, the US Treasury Department said that the United States had imposed sanctions on 11 individuals in response to an alleged effort to "undermine" Hong Kong's autonomy.